Yet another example of Facebook taking something popular and making it their own. 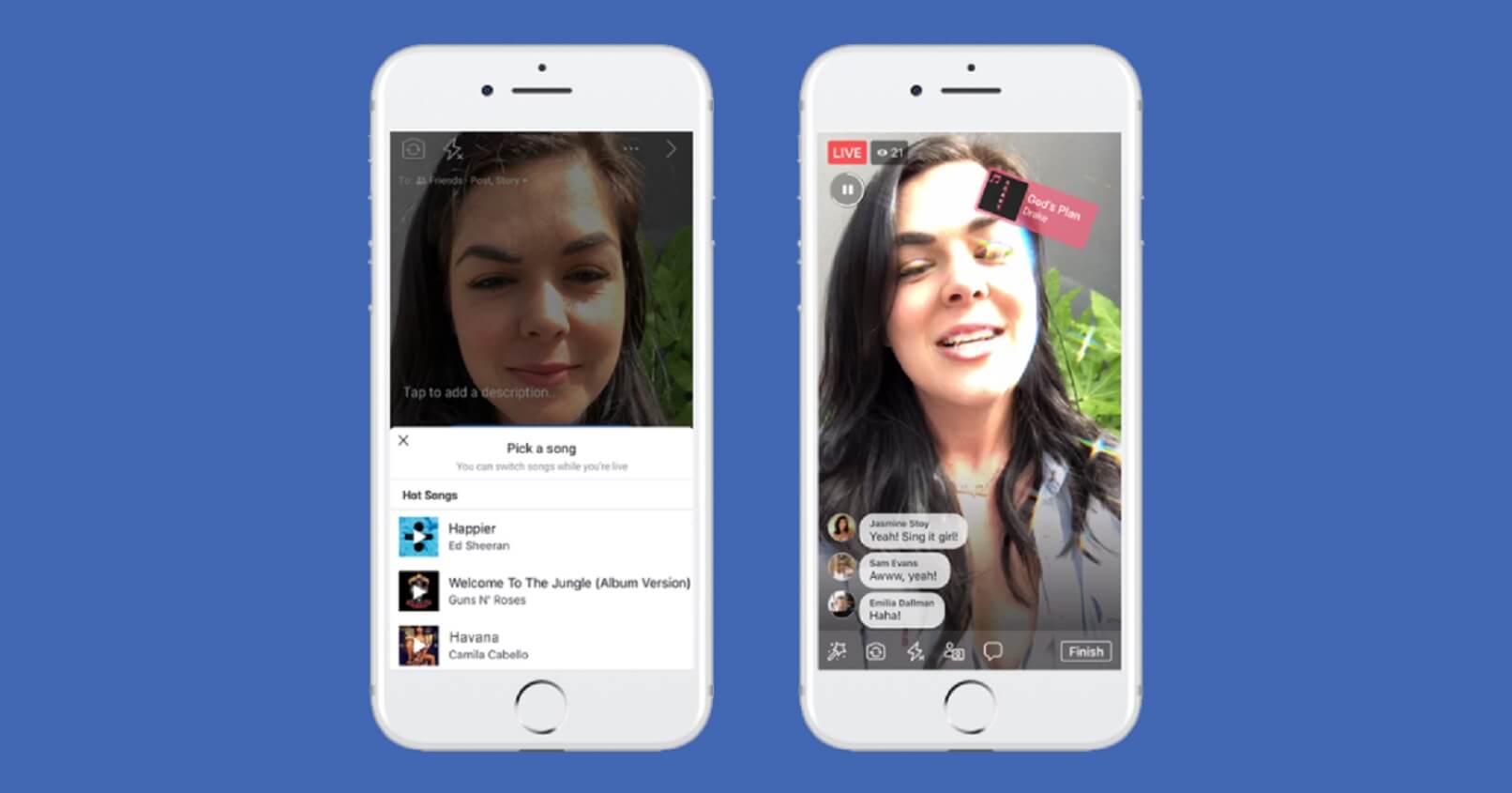 Facebook has added a lip-syncing feature to its live video broadcasting tool. It allows you to add a popular song to lip sync with when shooting a live video. The feature is a lot like Musical.ly, but not completely, according to The Next Web.

Unlike Musical.ly, Facebook’s new functionality only works with live broadcasts. Musical.ly, by contrast, offers more tools for recording and customizing clips. Nonetheless, Facebook’s move is part of the company’s push to incorporate copyrighted music into the content being shared on the social network.

Facebook’s move is part of a larger mission to allow users to incorporate copyrighted music into the content they share on the social network. It’s cut deals with record labels and distributors to allow the use of songs from the likes of Drake, Camila Cabello, and Guns N Roses to be used in live and recorded clips.

First introduced in 2014, the Chinese-based Musical.ly allows you to record short videos in one or multiple shots. After doing so, you can pair the videos with songs, sounds, and filters. In 2017, Musical.ly was acquired by Chinese firm Bytedance for $1 billion. The alliance brought together Musical.ly’s 60 million users in the U.S. and Europe with Bytedance’s Toutiao new aggregator, which touts 120 million Chinese users.

No one should be surprised that Facebook copied Musical.ly, deceptively or otherwise. Adding lip-syncing to broadcast video is a logical step for the social network to take. Whether Facebook members use it remains to be seen.

Do you plan on using Facebook’s new lip-syncing feature? Do you use Musical.ly? Let us know.

For more Facebook news, see: The state of Washington is suing Facebook and Google over political advertising, Facebook was sharing data with manufacturers, but Tim Cook says Apple wasn’t one of them, and Facebook probably shared your data with Apple, Samsung, and other manufacturers.