Fallout 76 says a lot more than Bethesda is teasing

Could we see a return to the Capital Wasteland? 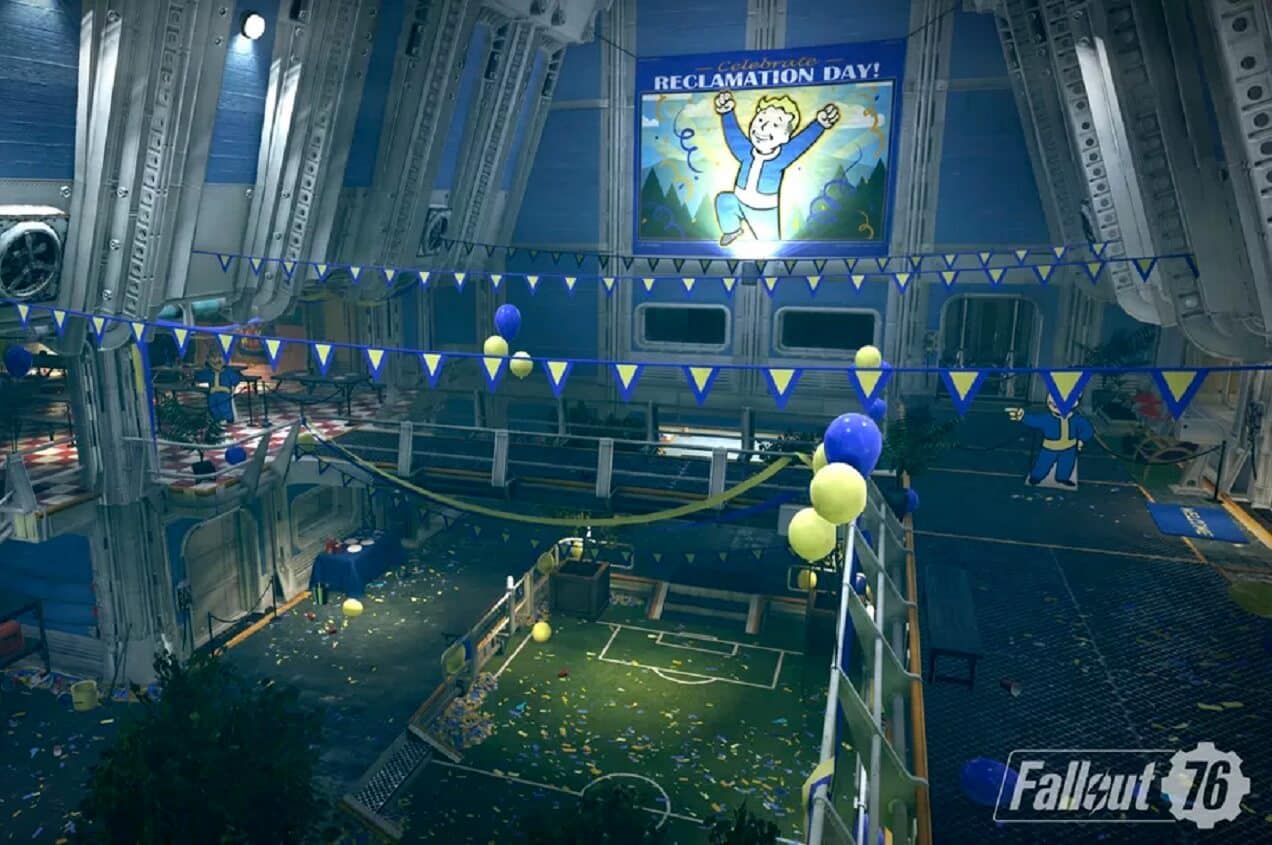 I’m sure by now, you’ve heard about Bethesda’s little tease of Fallout 76. With only a little teaser trailer and a snazzy new image to go off of, I dusted off the few hundred hours of gameplay I’ve logged into the Fallout series to weigh in on what we may be able to expect from Fallout 76.

Vault 76 was a control Vault

As stated in Fallout 3, Vault 76 was a control Vault that was set to open 20 years after the nuclear war. This means there were no wacky experiments and would have been one of the first Vaults to open by natural means.

Vault-Tec was proud of Vault 76

At the beginning of Fallout 4, you can overhear Vault 76 mentioned alongside the excitement for the nation’s tercentennial. Vault 76 was viewed as a literal feather in Vault-Tec’s cap and likely housed some VIPs to convince the rest of the nation to buy into the Vault craze.

We will likely have a far different Fallout game than we’ve seen in the modern console era.

20 years after the war. This would likely be one of the earliest looks at the Wasteland. The Forced Evolution Virus had only been experimented with in controlled environments. The Enclave was still functioning as a primary military. Non-Vault-dwelling humans were suffering from ghoul mutations or just trying to survive in their small outposts. Everyone you meet would simply be trying to survive.

If I were to assume what to expect from Fallout 76, I would guess that we are going to see a Fallout game much more focused on survival than on adventure. Resources would not be as common as in other Fallout games and most food and water sources would likely be tainted.

It would in many ways feel like a callback to Fallout 1 but in an uncharted Wasteland with survivors trying to do what they must to see another day. It’s very possible this could be a far less friendly version of Fallout than anything we’ve seen before. I could see your choices shape what happens to Vault 76 as a whole. Do the 500ish members of the Vault live, die or suffer a transformative fate? I’m guessing that’s the story gimmick here.

There’s going to be another Dogmeat

Because of course there will be. I’d actually love to see the origins of Dogmeat and see where his lineage came from.

We may be returning to the Capital Wasteland

As this isn’t looking to be a truly numbered Fallout and very likely a side story, much like New Vegas, we could see the return back to the Capital. I don’t believe we are going to waste our virgin Wasteland experience on a new location that doesn’t let us see how downhill things go in another 200 years.

I think we will see the destruction of familiar locations fairly fresh while avoiding robots and scavengers picking through relatively abundant rubble.

Bethesda Game Studios is behind Fallout 76

This means that this is a Todd Howard joint. Initially, I was thinking this could be a smaller, bite-sized experience, but with Howard at the helm, it’s possible that we are looking at a really fun and different side story like New Vegas.

It’s also completely possible that this is some sort of crappy mobile game or card game. I can tell you this, though, Todd Howard will make an outlandishly silly statement that will be proven false once the game releases. After all, it is Todd Howard.

What are you expecting from Vault 76? Are my predictions/analysis in line with what you think we are going to see June 10th or are you expecting a 76-man Wasteland battle royale where the winner gets some sweet, sweet Nuka Cola?

Let us know in the comments.