She also called for new policies to be implemented by the companies that run these platforms. 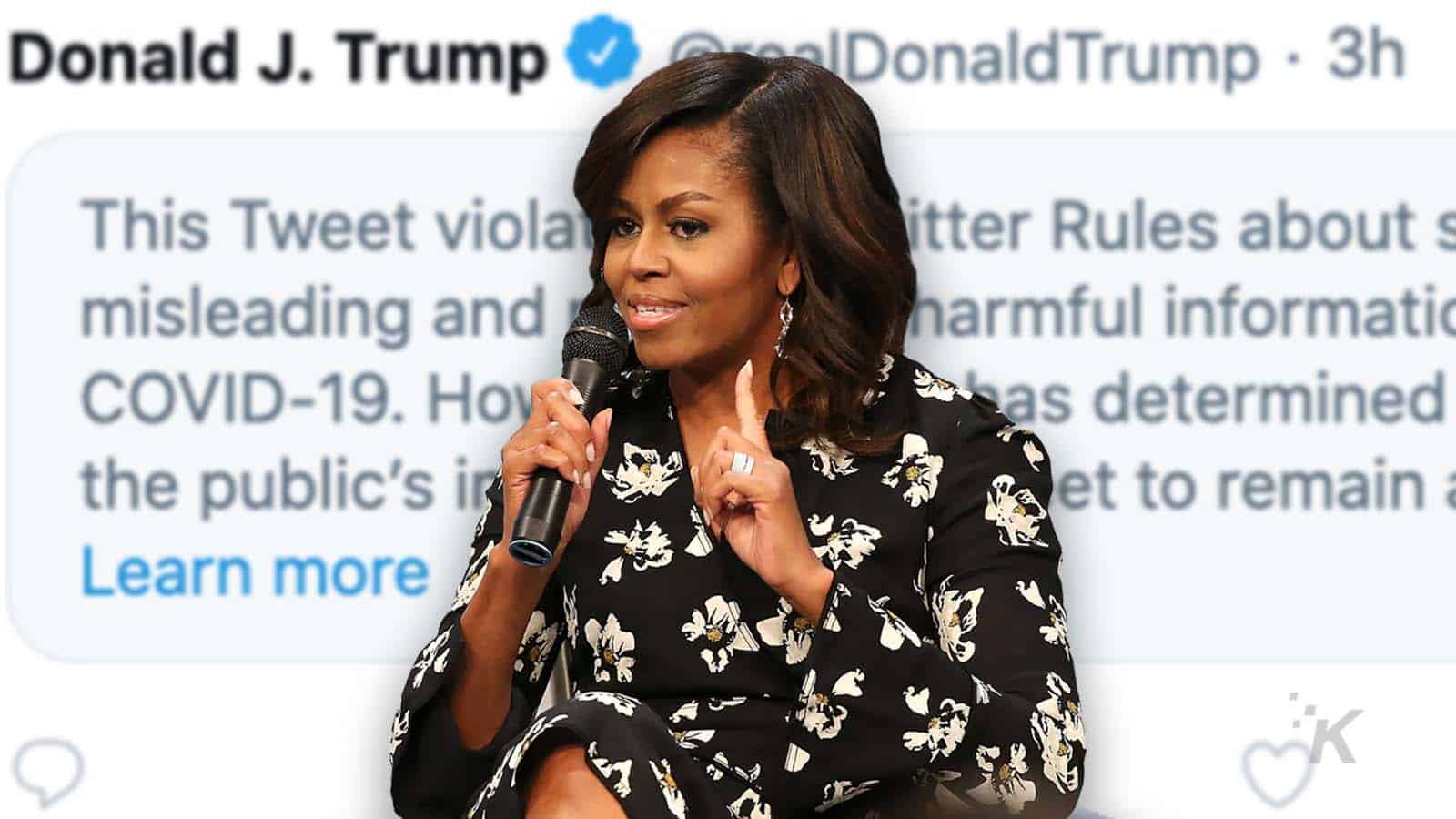 Michelle Obama, the former first lady, went to Twitter to state that Donald Trump should be permanently banned from all social media platforms following the riots at the US Capitol.

In the statement posted on Michelle Obama’s social media pages, she also called for new policies to be implemented by the companies that run these platforms. The purpose of those policies would be to prevent nation’s leaders from using social media as a tool to ignite insurrection.

In her statement, Obama didn’t stop at calling out only Silicon Valley leaders

She also called out law enforcement for how they treated the mainly white Trump supporters that stormed the US Capitol building in comparison to their treatment of Black Lives Matter supporters during their lawful protests and marches.

Before the release of Obama’s statement, Facebook banned Trump for an “indefinite” period. That means after Joe Biden takes over the presidency, Facebook might restore Trump’s Facebook account. On the other hand, Twitter locked Trump’s account and threatened to keep it locked until three offensive tweets were removed. Subsequently, Twitter also removed the tweets in question. However, as per Twitter’s rules, the account remained locked for 12 more hours before restoring it. Since then, he has been permanently suspended.

Other companies also responded by suspending or removing Donald Trump’s accounts. Shopify removed Trump’s merchandise stores from its platform, while Twitch suspended Trump’s channel till the end of his mandate.

Michelle Obama is not the only political figure to publicly criticize social media companies and web platforms such as Facebook, Twitter, YouTube, and others. Her stance on the matter is in alignment with a statement from Senator Mark Warner. On Wednesday, Senator Warner released his statement where he noted the misuse of these platforms and how they sow violence and discord.

Considering everything, once the dust settles down, it is fair to expect that big social media companies will be once again under the spotlight of both public interest groups and politicians over the corrective actions they plan to take.

Have any thoughts on this? Do you agree with Michelle Obama Let us know down below in the comments or carry the discussion over to our Twitter or Facebook.