Miss your old iPod? The Rewound app will turn your iPhone into the iconic music player 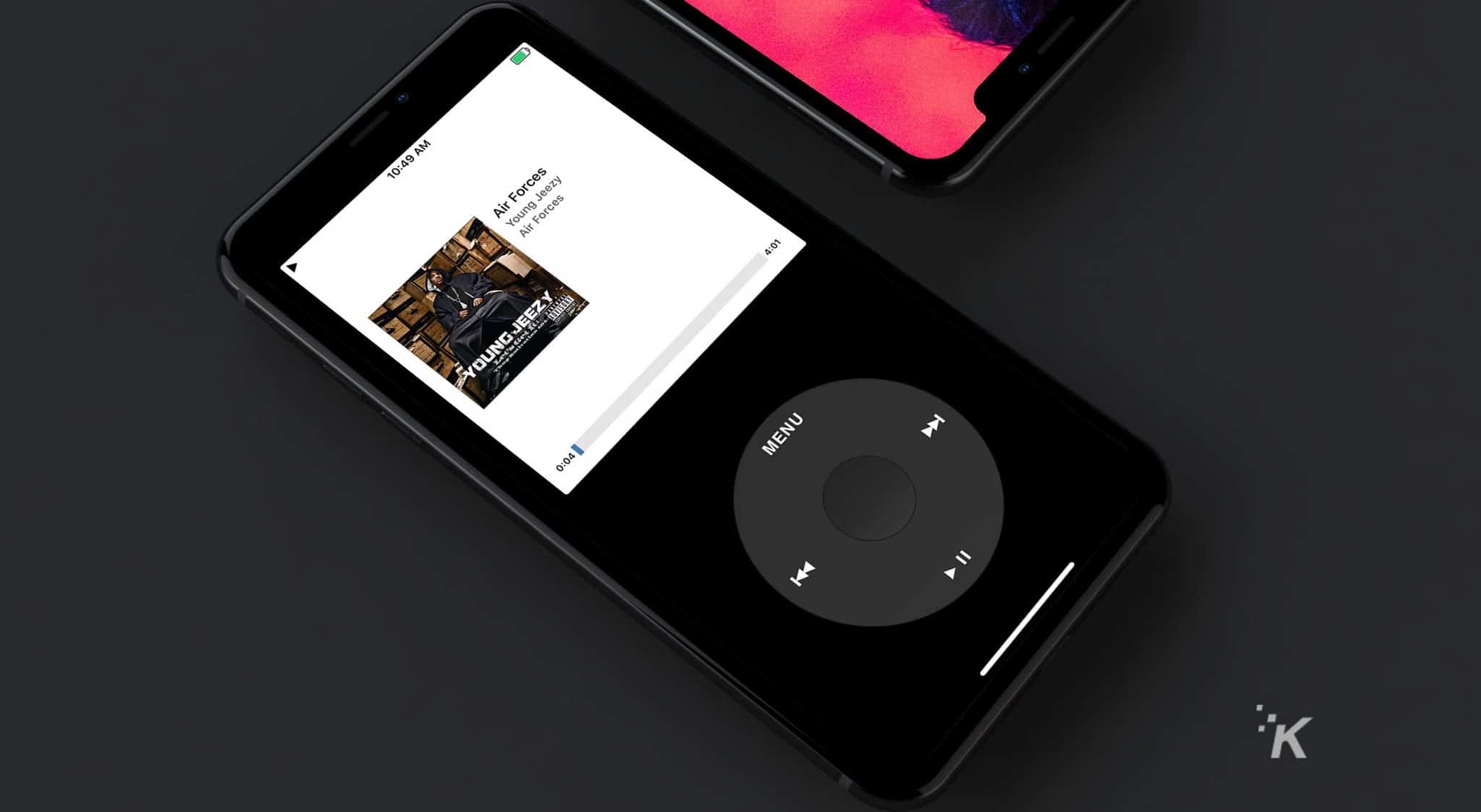 UPDATE 12/16/19: Rewound has been removed from the Apple App Store, according to a post from the company. They note that it was removed for “copying iPod design” and “charging for Apple Music features”.

In addition, Apple told the company that “people would mistake it for [an] Apple product.” It should be noted that the stock Rewound app looked nothing like an Apple product and required third-party skins to emulate the look of the classic iPod.

Like most normal people, I like music. I’m old, so Walkmans and Discmans were how I first started consuming music on the go, but it wasn’t until the release of the original iPod that I really got into music. The sleek design and convenience factor made it game-changing.

Now, in the day of super-fancy smartphones, the iconic iPod has been relegated to one model and a hand-me-down you give your 7-year-old little sibling when they aren’t quite ready for a full-blown smartphone. But what if you wanted to relive your iPod days on your shiny new iPhone?

READ MORE: The iPod Touch was a gateway drug – the iPad replaced it

The Rewound app can help with that. At its core, it is a music player, but offers various skins for it, including one that looks like the classic iPod with radial dial.

Looking for a blast of nostalgia? The Rewound app transforms a music player into an iPod

Now, before you get too excited – there is a little bit of work to make the Rewound app look like a classic iPhone, but it is not overly difficult. You see, Rewound is, at its core, a music player that connects with Apple Music (and soon Spotify) but it gives users the options to add their owns skins.

And that is where the iPod skin comes. Right now, the best way to find skins for the app is to look at Twitter and at the #RewoundSkins hashtag. Here you can find a variety of options, including the iPod skin you see at the top of the screen. When adding skins, you’ll also get a prompt about changing the functionality of the music player and using a radial dial. It’s all pretty straightforward.

What do you think? Plan on trying the Rewound app out? Let us know down below in the comments or carry the discussion over to our Twitter or Facebook.