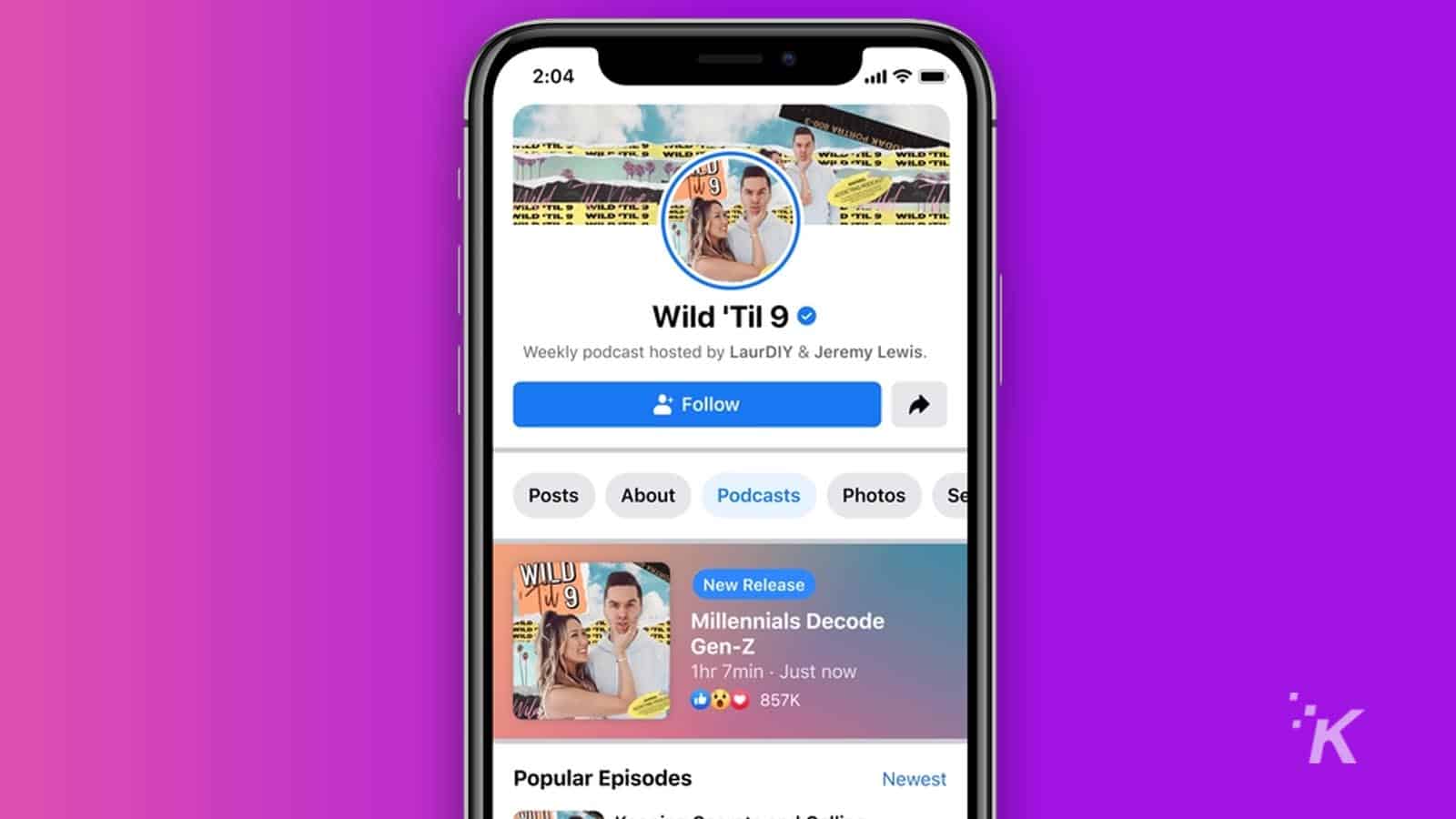 If you’ve ever been browsing Facebook and thought ” oh gee whiz, I sure wish I could listen to a podcast on this here social network,” then boy do I have some news for you.

The Verge is reporting that Facebook will launch its podcasting feature next week on June 22. The information was revealed in an email sent to podcast creators that have popular Facebook pages. The email notes that creators will be able to link up their RSS feeds with Facebook and that new episodes would show up in their feed.

All jokes aside, having podcasts on Facebook makes sense. Audiences are all already there and if they are passionate about a certain creator, they are most likely following their Facebook Page. Being able to access the podcasts directly from the Facebook app could make casual fans more likely to see and listen in on a new episode.

In addition to having podcasts on the platform, users will also be able to create and share clips from episodes, which “may help increase visibility and engagement.”

This isn’t the only audio-focused feature Facebook is working on releasing. The company is also in the process of releasing its own Clubhouse competitor and short-form audio posts called Soundbites.