If you’re looking to get your feet wet in the world of projectors, this little guy from BlitzWolf is a great option for $90. 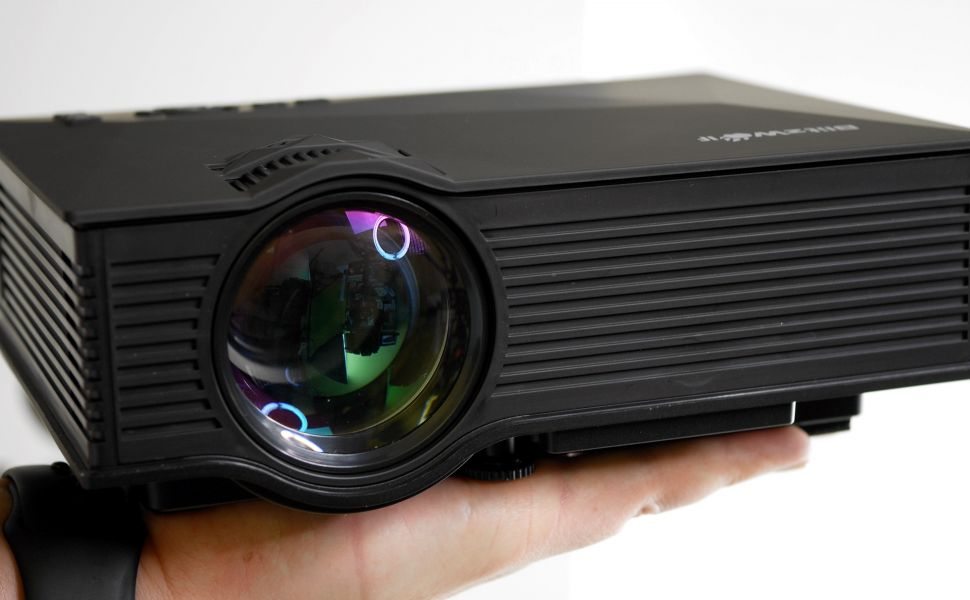 The one I’m reviewing today is something that I can say it did what it was expected and some, especially for its price.

What makes a good projector these days? Truthfully, I don’t know. Living in a time when we have a 4K and 3D TV’s, what’s the purpose of having one? Well, if you’re someone who enjoys having people over your house for the local sports game (sports!) and don’t neccirilary enjoy guests raping the in’s and out’s of your home, projectors are the perfect solution.

I recently got my hands on this BlitzWolf projecter and honestly, I didn’t know what to expect. Given that this was my first experience with a projector, I really didn’t know what I was getting myself into.

Don’t get me wrong, I know what they are and I know what they’re supposed to accomplish, but telling the difference between the quality differences of something costs a lot of money and something that doesn’t will be hard for me, so take everything I say with a grain of salt.

After some time with the BlitzWolf Projector, I found myself enjoying it.

After playing around with it for a couple of weeks, I can honestly say I like this projector a lot, especially given the fact the project only costs $90. One of my favorites features that comes to mind is that it’s wireless. Don’t get me wrong, you’ll still have to keep it plugged in for power, but you can actually airplay content from an iPad or iPhone, giving you a screen size of 130″.

Something I really like about this device is its size. It’s really small, just about the same size of a book. So if you’re not a fan of oversized hardware, this sucker has your name written all over it.

When it comes to the picture quality, this projector only has a resolution of 1080P HD, which isn’t bad for its price. With my time testing it, I found that this projector doesn’t do really well in the day, so plan on using it in a dark room for optimal performance.

There’s also a Keystone correction slider to help you line up the picture angle on your wall, a headphone jack, an AV in, an HDMI port, a USB port, an SD port and finally, a VGA port.

Overall, this is a really great projector. Seeing that this was my first time with one, I thought it handled pretty well. So if you’re in the market for a projector, try this one for size. What do you have to lose? $90 seems like a safe bet when you compare it something that can go for over $2K.