It’s beautiful from all angles. 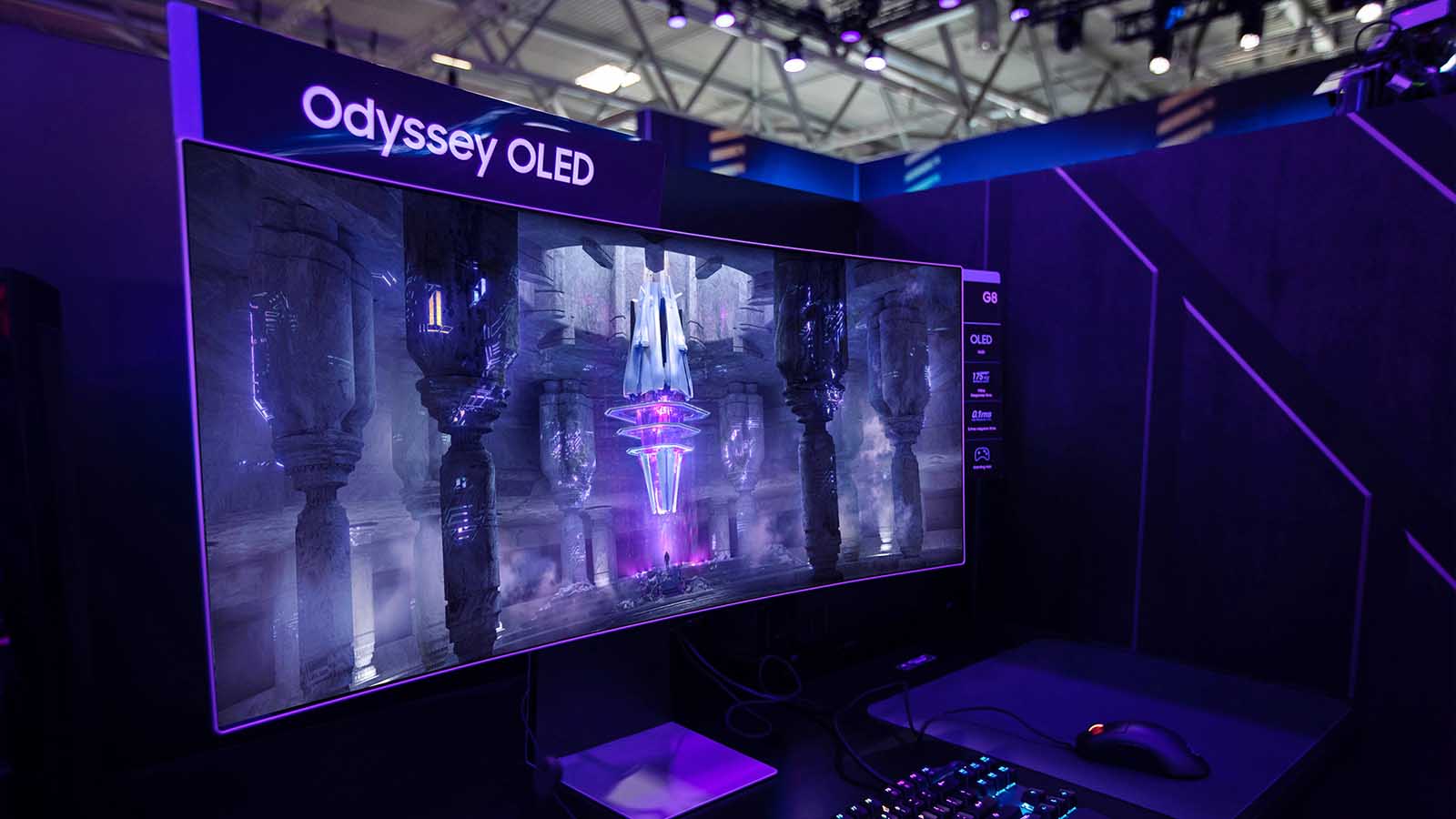 That makes a total of two gaming monitors using the Samsung QD-OLED panel, with Alienware already having its version available for sale.

The Alienware version only supports 10-bit at 144Hz, as it doesn’t support DSC. At 175Hz, it can only do 8-bit color. Samsung hasn’t specified if its G8 will have this same restriction.

That panel is enclosed in a thin, metal enclosure with a metal stand. It’s very Apple-esque, except for the large ring of RGB lighting around the mount.

Samsung has equipped the Odyssey OLED G8 with a Micro HDMI 2.1 port, Mini DisplayPort 1.4, and USB-C ports for input. It also has 5W stereo speakers.

Another thing this gaming monitor has that Alienware doesn’t is Samsung’s Smart Hub. That lets it work as a smart TV, streaming content to your monitor.

This means game streaming through the monitor is totally a possibility. On top of that, it also functions as an IoT hub to manage your smart home.

Samsung says the QD-OLED Odyssey OLED G8 will be available worldwide starting in Q4 of 2022. Pricing details haven’t been announced at this time.