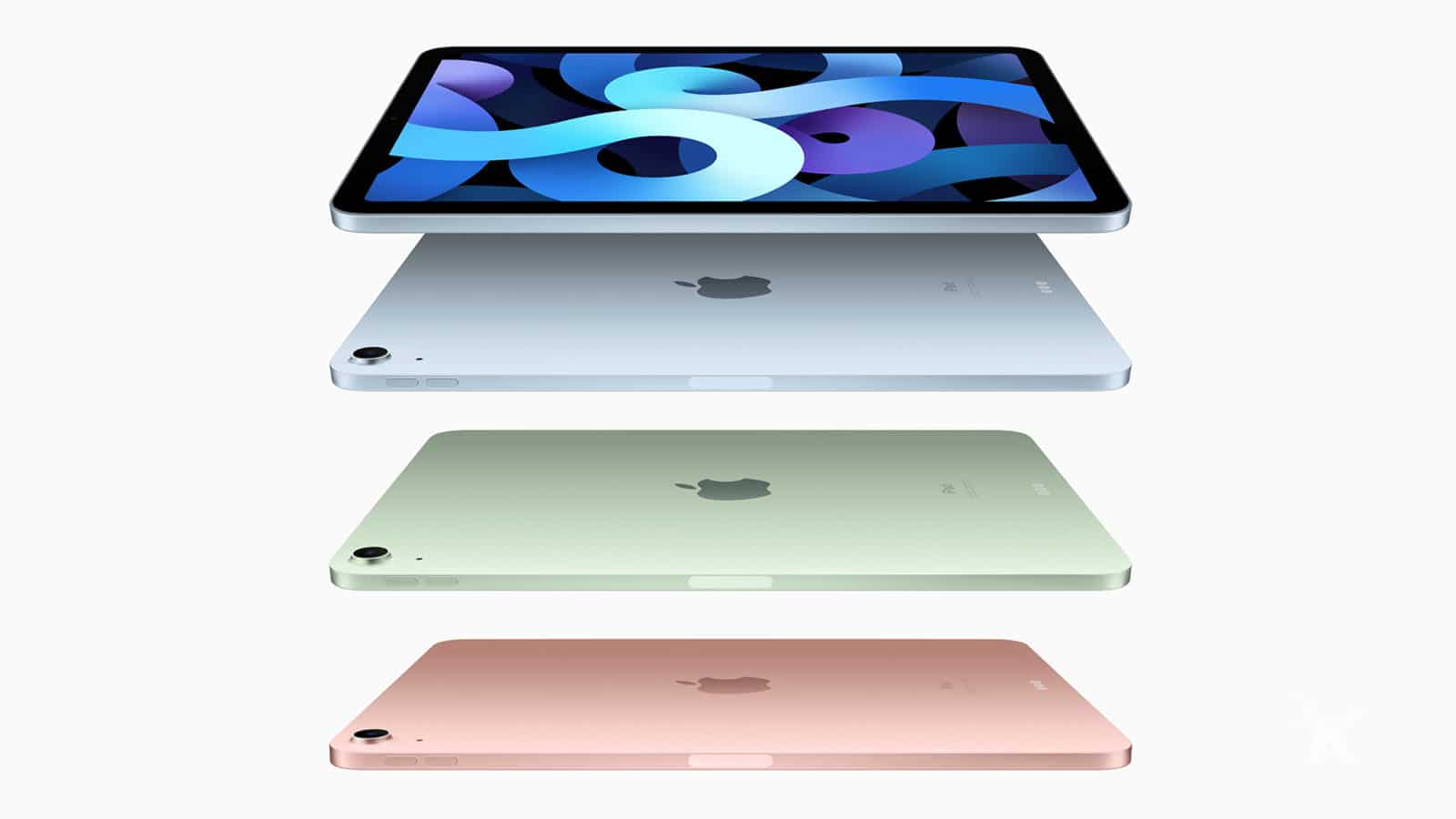 Apple just dropped an insane bombshell on the tech world, with the new iPad Air. The biggest thing to note? The all-new A14 Bionic chip, the first time it’s been used in an Apple product.

That powerhouse, built on the 5-nanometer process technology, has six cores which brings a 40-percent boost on CPU performance based on the prior generation. That’s enough power to chew through 4K video editing, machine learning, or anything you could throw at it. The 10.9-inch Liquid Retina display has P3 wide color support, True Tone, and an anti-reflective coating for a premium experience.

The camera has been upgraded to the same 12-megapixel shooter used on the iPad Pro, so you’ll be able to capture 4K footage on the same device used to edit it. Nifty. New stereo speakers bring a new dimension of sound, and the iPad Air finally has USB-C for recharging and connectivity to external devices such as hard drives, cameras, or external monitors.

Wireless connectivity is handled by WiFi 6, with a cellular + WiFi version if you need a data connection wherever you are. Internal storage options are either 64GB or 256GB, and you can get the new design in five colors, silver, space gray, rose gold, green, and sky blue.

Touch ID is back, but instead of a huge home button, it’s now integrated into the top button. That’s cool, and I have to wonder if it can come back to the iPhone range in the same manner. One can hope.

What do you think? Interested in the new iPad Air? Let us know down below in the comments or carry the discussion over to our Twitter or Facebook.