Amazon is deploying robots to deliver packages in one Washington town

Robots like Scout are one possible way to fix the last-mile quandary. 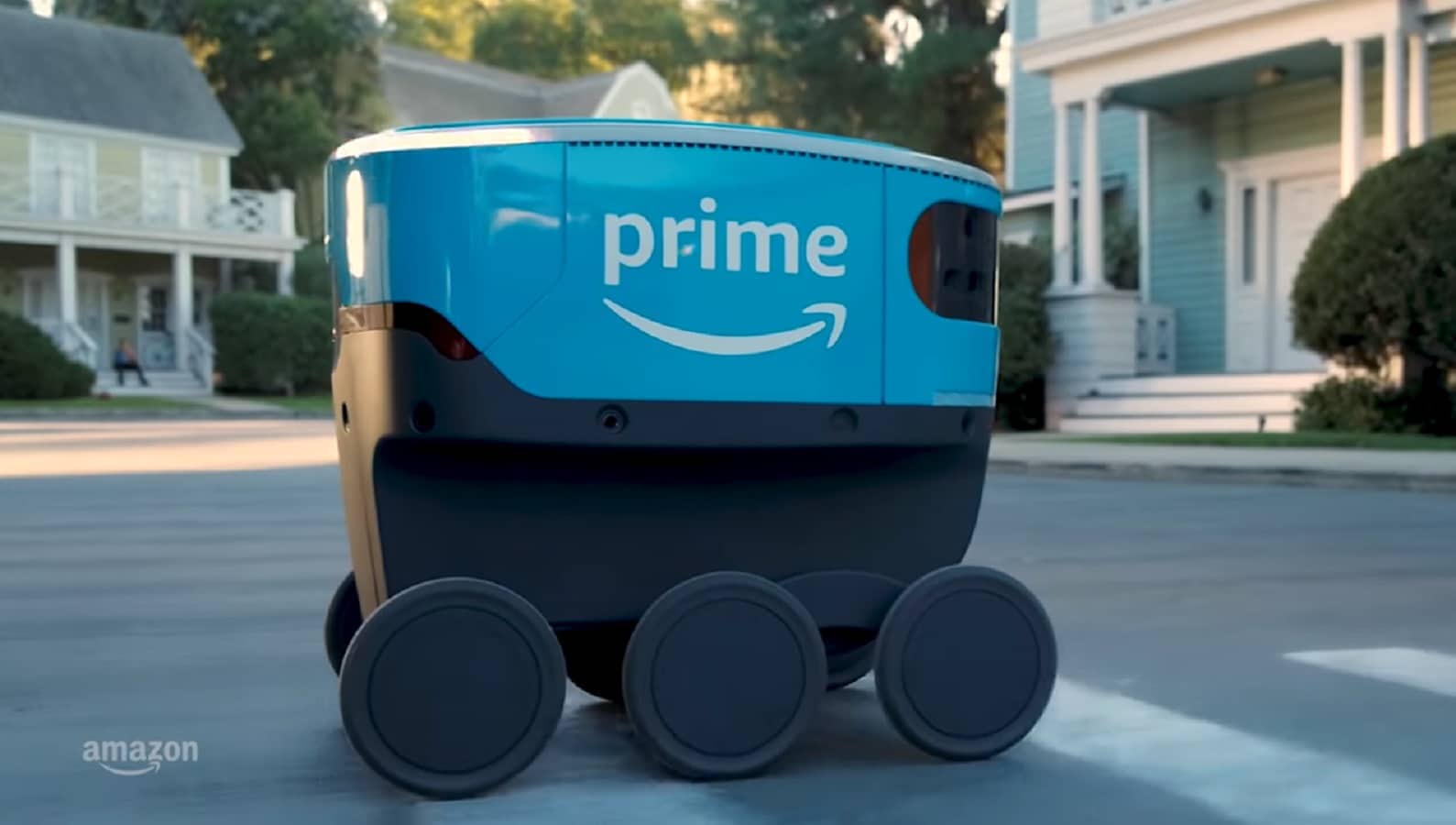 Not to be outdone by the competition, Amazon is now getting into the autonomous robot delivery game. With its Prime Air drone deliveries presumably stuck in regulatory hell, the retail giant has turned its gaze to the ground, with the new Amazon Scout delivery robots.

These all-electric robots look pretty similar to the ones from Robby Technologies that we’ve seen popping up on university campuses recently. Six wheels propel the top-lidded robot along the sidewalk at a walking pace. At first, only one neighborhood will have the diminutive delivery bots, in Snohomish County, Washington state.

Other than the fact that customers won’t have a human delivery person to talk to, it’s remarkably similar to any other Amazon Prime delivery. Orders are made the same, and the same Same-day, One-day, and Two-day shipping options are available. Six Scout units will be on the routes to begin with, only on weekdays and during daylight hours for safety reasons.

More about the Amazon delivery robots

An Amazon employee will be chaperoning the Scouts to begin with, probably to make sure that the little robots don’t sneak off to smoke in back alleys. A sophisticated array of sensors will prevent Scout from bumping into pedestrians, pets or other potential obstacles while they work.

Is this an answer to “last mile” woes?

With Amazon facing rising costs for delivery, as well as strain on the existing networks as more of us shop online, robots like Scout are one possible way to fix the last-mile quandary. Still, it does raise important questions about existing relationships with the carriers. Will robots put them out of work eventually?

Everyone from Kroger and Alibaba to Postmates are all on the autonomous delivery tip, with George Mason University also joining the growing list of facilities that have robotic delivery services. Once your grocery shopping has been handled, how about getting a robot to mix you a stiff drink – you’ve earned it.

What do you think? Do you welcome the Amazon delivery bots? Let us know down below in the comments or carry the discussion over to our Twitter or Facebook.