Hate folding laundry? FoldiMate’s got you covered (for $1000)

I welcome our robotic overlords. 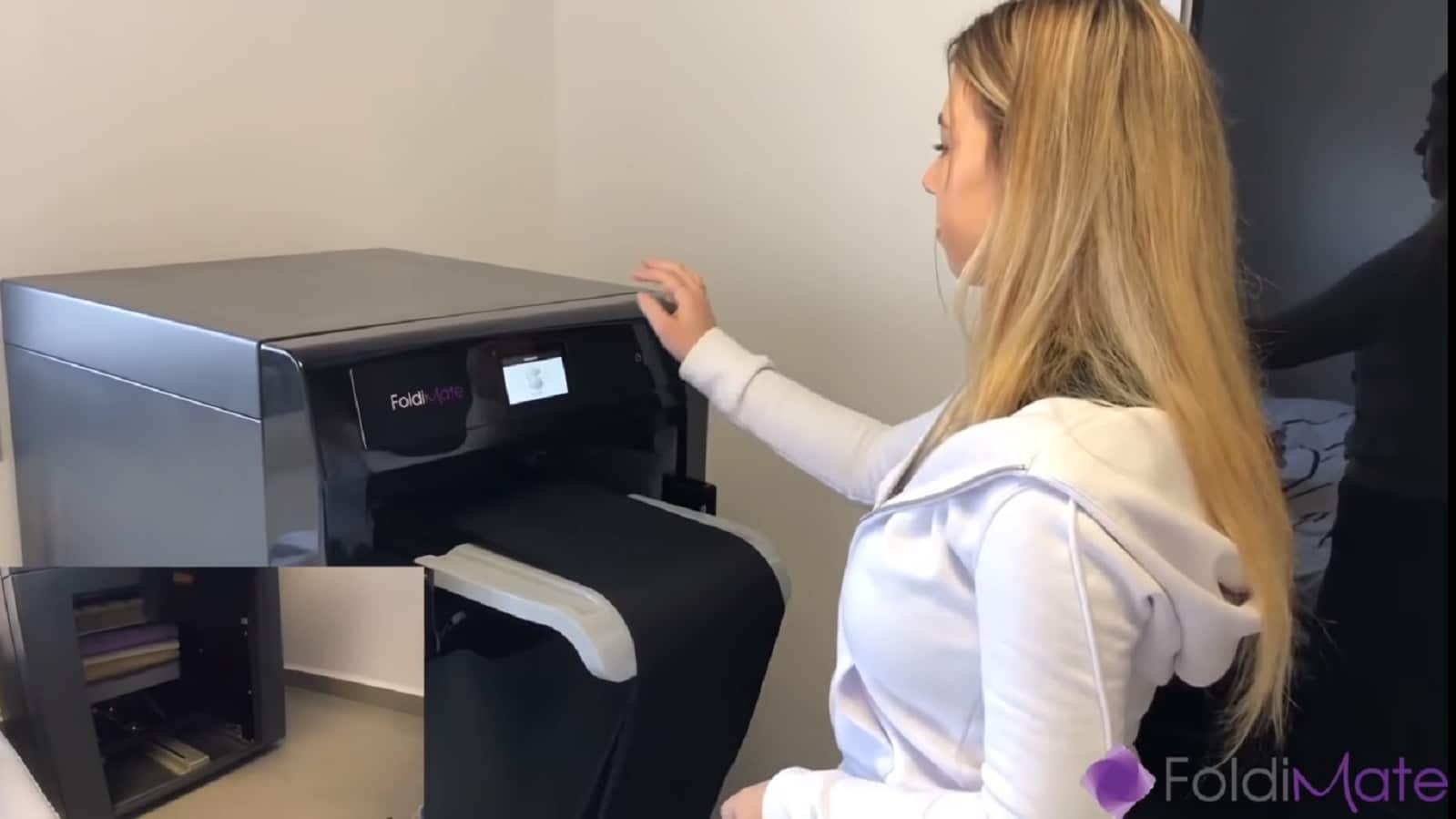 Let me just start with saying that folding laundry is my most hated household chore. It’s bad enough that I have to separate, pre-treat, wash, then dry and iron, but then to fold for storage, as well? Nah mate, I’ve got better things to do with my time. Especially with a newborn in the house which means daily, if not hourly washings…

Thankfully, this is enough of a problem for more people that clever engineers have decided to do something about it. FoldiMate has been promising a pain-free, folding future for three years of CES shows now, but there’s a difference this year – a fully-functional demo model.

Before you ask, no, you can’t just dump in a load of clean clothes and pick up nicely folded stacks at the other end. You’ll need to feed them into the FoldiMate machine one at a time, kinda like bills into a vending machine.

Just like that vending machine, clothes need to be orientated correctly otherwise it just won’t work. Still, anything is more fun than manually folding laundry, and likely will be neater piles at the end of it.

More about the device

FoldiMate says that its machine will fold up to 25 items in less than five minutes, which is far less time than it’d take for me to do the same. Probably with far less cursing too. It’s about the same size as a mini fridge or the usual washer/dryer stack.

One real caveat – it can’t fold smaller items like baby clothes, socks or your unmentionables. I mean, I wouldn’t touch those either but still…

If that hasn’t deterred you, there’s a waitlist for when the FoldiMate eventually turns up. Don’t expect it to arrive in 2019 though, or even at the $1000 estimate. FoldiMate emphasizes the “long and costly manufacturing process” so they’re leaving themselves lots of wiggle room.

In the meantime, maybe get one of those folding tools from the Big Bang Theory…

How much would you spend on a device that folded your clothes? Let us know down below in the comments or carry the discussion over to our Twitter or Facebook.