KnowTechie Roundtable: If you could erase a piece of tech from existence, what would it be?

In this week’s weekly roundtable, we tackle the question of which tech we would like to see wiped away from history. Here’s what we got.

So, we ask: If you could erase a piece of tech from existence, what would it be?

Joe: Okay, so if you could erase a piece of tech from existence, what would it be? I mean completely wiped away from history. Let’s assume that removing it doesn’t affect things made from it; like if we remove nuclear weapons, doesn’t that mean no nuclear power? Or does it? Anyways, let’s get to it.

Oh, I do declare…

Did you guys pick this topic just to lure me back into your waiting open arms? Do you guys miss me that much?

Anyways, the answer is clearly Twitter. You could say Facebook, but I’m going with Twitter, which has single-handedly eroded both the way we source accurate information and the way we discuss literally anything. It is a toxic wasteland of bots, trolls, and sycophants being run by a self-righteous, airheaded goober and no good that can be scraped from it will make up for the irreparable damage it has done to our journalistic and educational institutions.

I’d maybe go for the obvious one, Facebook, but is it really a piece of tech or just the Big Brother from our Orwellian nightmares that we willingly signed up for? So I’m picking one of my biggest pet peeves, and going back to the mid-‘90s to stop the creators of USB cheaping out and making non-reversible connectors the standard.

USB-C got it right (finally) but we were left suffering for two decades before that happened. TWO DECADES. That’s long enough to send a kid to college.

Kevin: I have to agree with you on this one, Joe. USB connectors are literally one of the most annoying pieces of tech I have ever used. Now, we just to get more people on the USB-C train and we’ll never have to deal with the clown show that is USB connectors.

I’m trying to think of any nightmare tech that wasn’t being developed in parallel by someone else and I’m coming up short. I feel like everything I’d want to erase would have just come into existence anyway.

What about tech-adjacent things like extremely long, legalese EULA agreements? “See, you can’t sue us because you agreed to this really long document first.” Companies should have to outline their terms in brief, plain language and you should be able to opt-out.

Oh, no I’ve got one: The F-35C fighter jet. The United States spends hundreds of billions of dollars on a jet that 1) we don’t need and 2) doesn’t even work. We could do so much good with that kind of money.

It feels weird following up Jake’s very real idea with this, but yeah, Imma go with Kevin’s Juul. Just Kevin’s. Everyone else can keep their pocket vapes, but Kevin’s needs to go.

In fact, while I have you all here – if you find yourself in Boston and see Kevin out-and-about, take it from him. I’ll Venmo you $20 for video evidence of you taking his Juul from him. Yes, I just put a strange hit out on my boss in an article assigned by him. Life is wild.

Josh: Doesn’t Kevin have Juul mods on his? Dude loves to accessorize.

Kevin: I used to have one that I Bedazzaled the fuck out of. Sadly, that one shit the bed so I’m back to a stock Juul. The only accessory that I have right now is that Brik charger I reviewed earlier this week. That shit is dope.

Joe: Wait… hold the vape… Your Juul was vajazzled? And wow Josiah, I have to wonder what sort of blackmail dirt you have on Kev that makes you able to impugn his sacred Juul… Maybe in the future, Apple will buy Juul and then Kev can suck on a Juul Pro. Hopefully, it doesn’t look similar to his AirPods or he’s in for a bad time, like that guy in Asia who swallowed his AirPods while he slept.

Oh, and an FYI Josiah: Cashapp is the new hotness, not Venmo. 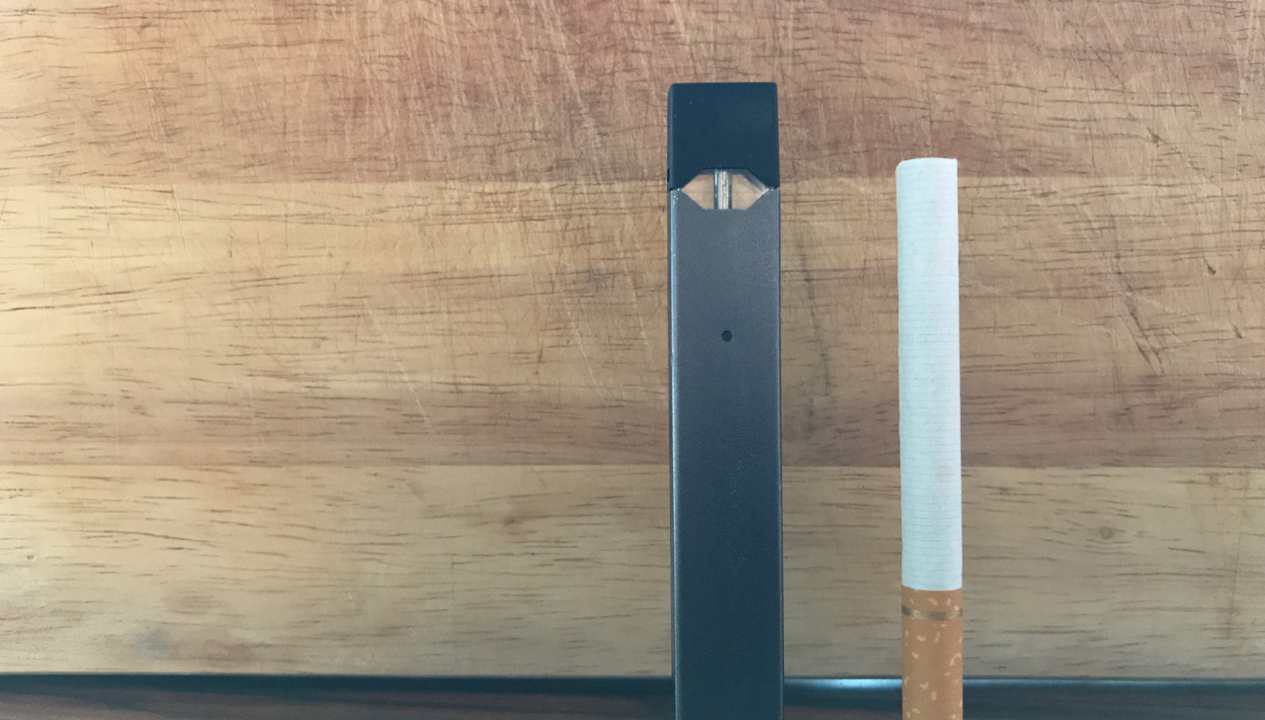 So yea, with that said, if there was one piece of tech I could wipe away from existence it would be this fucking Juul I’m sucking on right now. Seriously, this thing has a serious grip on me. I used to be a die-hard smoker and then I switched to the Juul thinking it would help with my nicotine addiction. Sadly, it didn’t. It just made it worse! Now I’m inhaling sweet nicotine into my lungs every five minutes or so. It’s so bad that I’m up to two pods a day. That’s literally an $80/week habit. Popcorn lung anyone?

But seriously, these things are a plague on humanity. You have teachers, doctors, mechanics – pretty much everyone and their mother sucking on these things. Hell, even little Johnny and Suzie are jumping in on the action. It’s clearly obvious, we’re slowly turning into vape nation. Ugh, humanity was seriously a mistake.

Jared: Funny you should say that, Kevin, because I thought you would’ve picked up by now that this isn’t a Roundtable at all. I’ve gathered everyone here today for a very specific purpose. They’re gonna say some things, and then if you’d like, you can say some things… 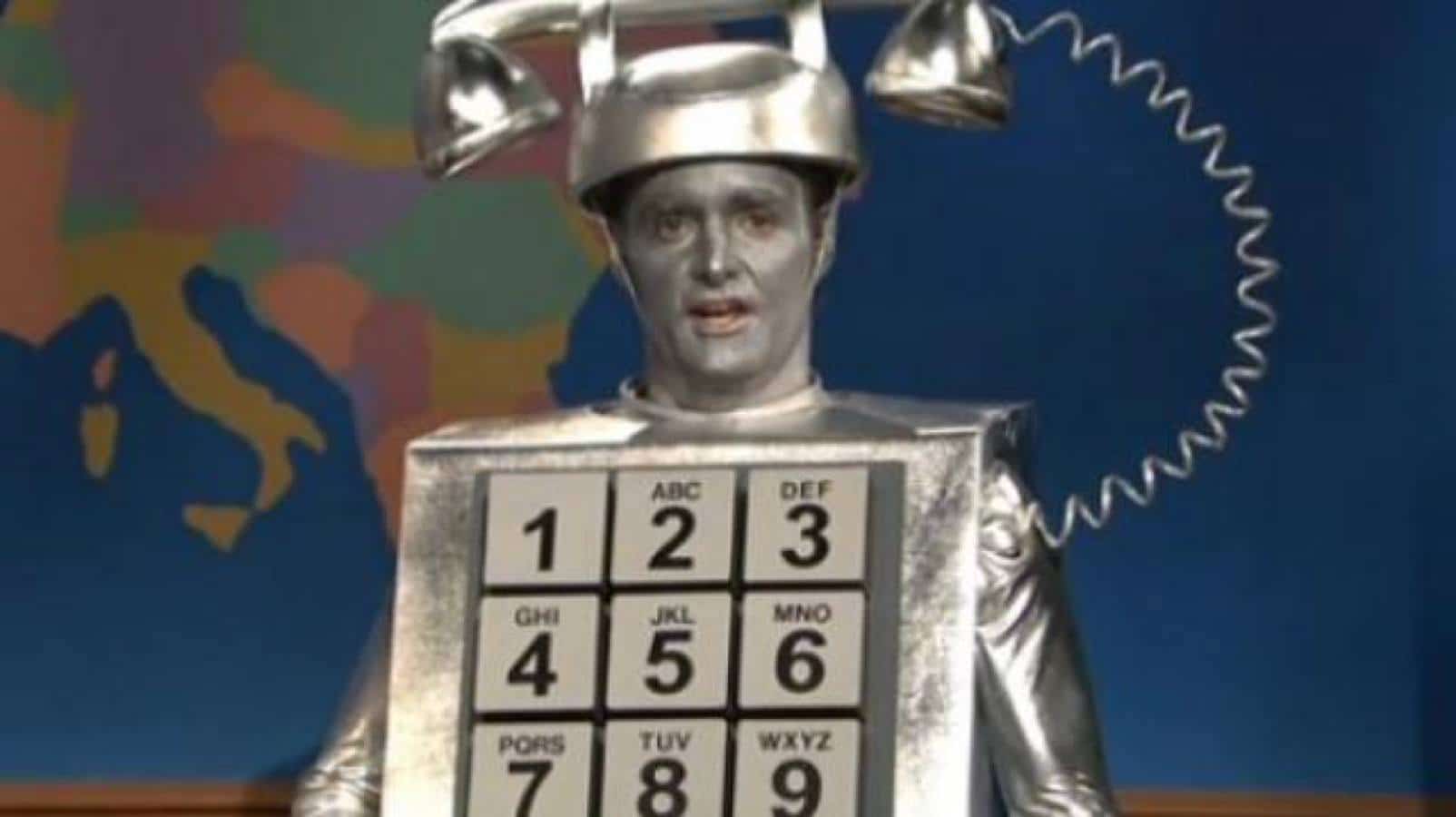 I’m sitting around thinking about what tech just needs to go and my phone just rang. Turns out the robot dialer wanted to let me know that they were trying to reach me regarding my vehicle’s warranty. It’s not my 100% answer but holy shit, fuck those dudes. You can put that up there with Jake’s fighter jets.

Kevin: I can’t disagree with you on this, Josh. Robocalls are literally THE WORST. This shit needs to stop.

Joe: I like Jake’s idea about banishing overly long, “we want your soul… eventually,” EULA’s. No, I don’t want to scroll through 8 screens of shit to get into my game. No, I don’t care that it removes my rights to sue unless I opt-out of arbitration by sacrificing three chickens at the stroke of midnight on the Solstice. Just stop already, I know my rights are forfeit once I open your game, so just skip it and let me play. I blame the European Union, those guys love to over-regulate everything.

Remove the transistor from existence. Think about it. Take us back to the stone ages. No Juul for Kevin. No vibrating baby caddy for Joe. No phone calls for Josh. And certainly no Jets, Jake. If it’s electronics, it probably has a transistor. Get rid of those, of that specific invention and we’re all back to banging each other over the head with sticks as the easiest form of “sliding into your DMs”. That’s what I’d erase. Start from zero and see if we can’t fuck it all up a bit differently this time.

Kevin: Damn, this makes a lot of sense. I hate it when you’re right, Curtis.

Joe: I hate it when he’s right too, makes me question the times I know he’s been wrong. Then again, I guess if our timeline doesn’t have transistors now, we can all go home and get back to hoeing our fields, or whatever the shit people like us did before computerized jobs. Someone would still invent Monsanto though, so we’d still be fucked.

Alright, that about wraps things up for this week’s KnowTechie Roundtable. What do you think? Did we miss anything? If that’s the case, Let us know down in the comments or feel free to reach out to us personally. Seriously, whether it’s Curtis, Jake, Jared, Josiah, Josh, Joe, or Kevin  – we want to hear from you.

Have any takes on which piece of tech you would like to see wiped from existence? If you have any thoughts, this is where you come in. If there’s anything missing here, let us know down below in the comments or carry the discussion over to our Twitter or Facebook.

Samsung’s One UI 4 is here — how does it stack up?

How to watch Disney+ movies in IMAX resolution