You can’t afford it. 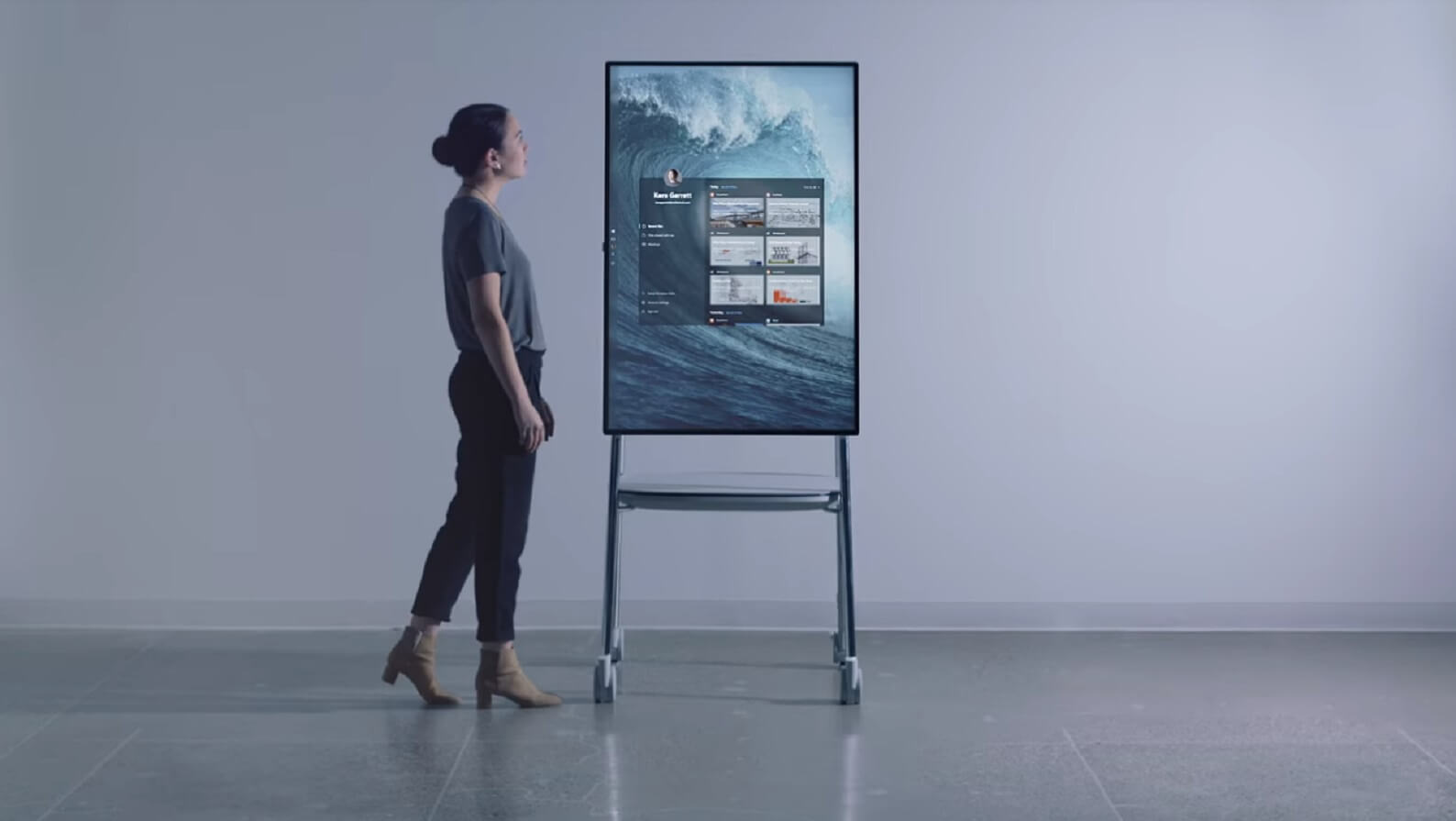 The Microsoft Surface Hub 2 is a 4K+ 50.5″ multi-touch display that supports Microsoft Teams, Microsoft Whiteboard, Office 365, Windows 10 and the intelligent cloud. It has integrated speakers and far-field mic arrays that rotate with the unit. Of course, the price point of this thing is what will keep it in the office, as the original Surface Hub was around $10k on release, for the 55″ inch version.

But let’s put price aside for a moment and assume we’re all rich and can afford four of these things to link together to make an interactive video conferencing wall. This is the future we’ve been waiting for. This is the world that will keep us connected and talking to pictures on the screen until we shrivel up and die from lack of sunlight.

Remember that scene in that one movie that takes place in the future and you think the character is looking out of the window but really it’s a screen with an image? That’s the future I want to live in with the Surface Hub 2. Who the hell needs windows? Who wants to suffer through having to look at your fucking neighbors waving at you because they see you on the inside of your own fucking house? Who wants to look out into a dismal alley in the middle of the day? Change the screen to an eternal sunset or disturbingly accurate Hentai. Then draw on it and do some business.

The first thing I’m doing when I win the lottery is buying a Maserati and cheese melter. The second thing I’m doing is buying 24 Microsoft Surface Hub 2’s and lining every wall of my apartment with them. Then I’ll stream the interior of my apartment, creating an infinity wall. Each screen camera will be pointed at another screen across the room. It will be the apartment of the future. Visitors will be disoriented and I’ll create a new reality.

While the Surface Hub 2 is clearly aimed at the business market and not the general consumer market, I have to think that there has to be something coming from Microsoft in the future to make this thing more consumer-friendly from a price point of view. Wouldn’t you love your kitchen table to also be an interactive digital screen? Wouldn’t it be great if you had one of these hanging in the shower so you can video conference with your Dom while getting clean, you dirty, dirty person. Then do some business.

In fact, now that I’m writing about the Surface Hub 2, it’s hard to really think of this thing as a practical use item outside of the office. There are already television sets with better pictures. There are other, cheaper conferencing devices for the home. There are also already whiteboards. The Surface Hub 2 really doesn’t have a place outside of the office. Not just because your fancy little startup can afford it, but because most of us can’t.

The entire Microsoft Surface line of products seems to exist in some other timeline, some luxurious future in which we all wear gray turtlenecks and take our Prozium II on the daily.

The Microsoft Surface Hub 2 starts testing this year and will be fully released in 2019.