This is probably what the new iPad will look like

With Apple’s event scheduled for next week, the wait (and leaks) are almost over. 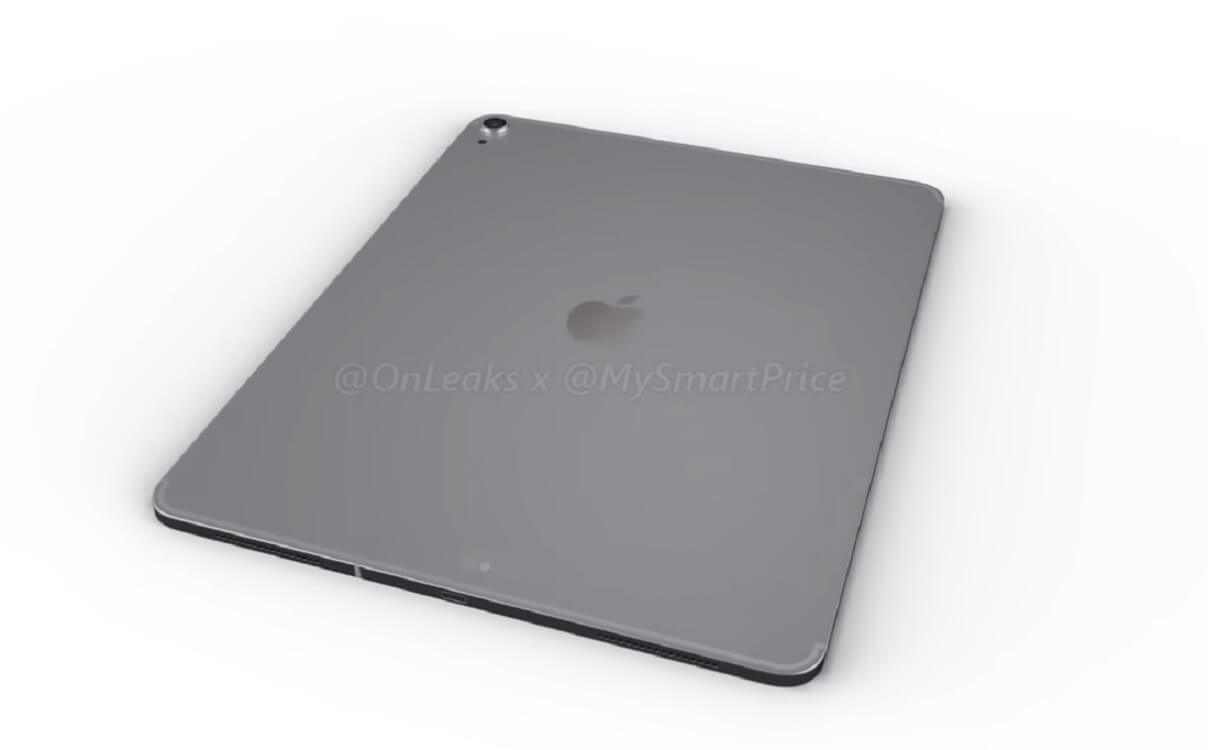 In recent days, we’ve seen leaked images purportedly showing Apple’s new iPhone XS and next-generation Apple Watch. Over the weekend, the folks over at Mysmartprice published a new set of renders that give us an idea what this year’s iPad Pro tablets could look like.

Based on leaked CAD designs (via @onleaks), the renders show a vastly redesigned third-generation 12.9-inch iPad Pro. As you can see, the new device could feature thinner bezels than the current models and corners that are slightly sharper. There’s also no headphone jack, and the Apple Smart Connector is now located above the Lightning port at the bottom center of the device.

There’s also no Home button, which suggests this year’s iPad Pro will finally ditch Touch ID and replace it with Face ID for authentication purposes. Face ID, which uses a TrueDepth camera, first launched on the 2017 iPhone X and is expected to make the jump to the 2018 iPhone lineup. Interestingly, unlike the iPhone X, these iPad Pro renderings don’t show a notch which houses the camera.

On the right side of the device, there’s also a button. Its purpose isn’t yet known.

Apple’s expected to announce two new iPad Pro models later this year. Besides the next 12.9-inch iPad Pro, the company’s likely to reveal an all-new 11-inch model that will replace the 10.5-inch device that’s currently on the market.

Cupertino is holding a press event on Wednesday, Sept. 12 beginning at 10 a.m. PDT at its Apple Park Campus in Cupertino, California, so we should not have to wait long to know everything. Besides new iOS devices and a next-generation Apple Watch, the company could use the event to announce new Macs.

Which possible 2018 Apple product are you most likely to buy? Let us know below.