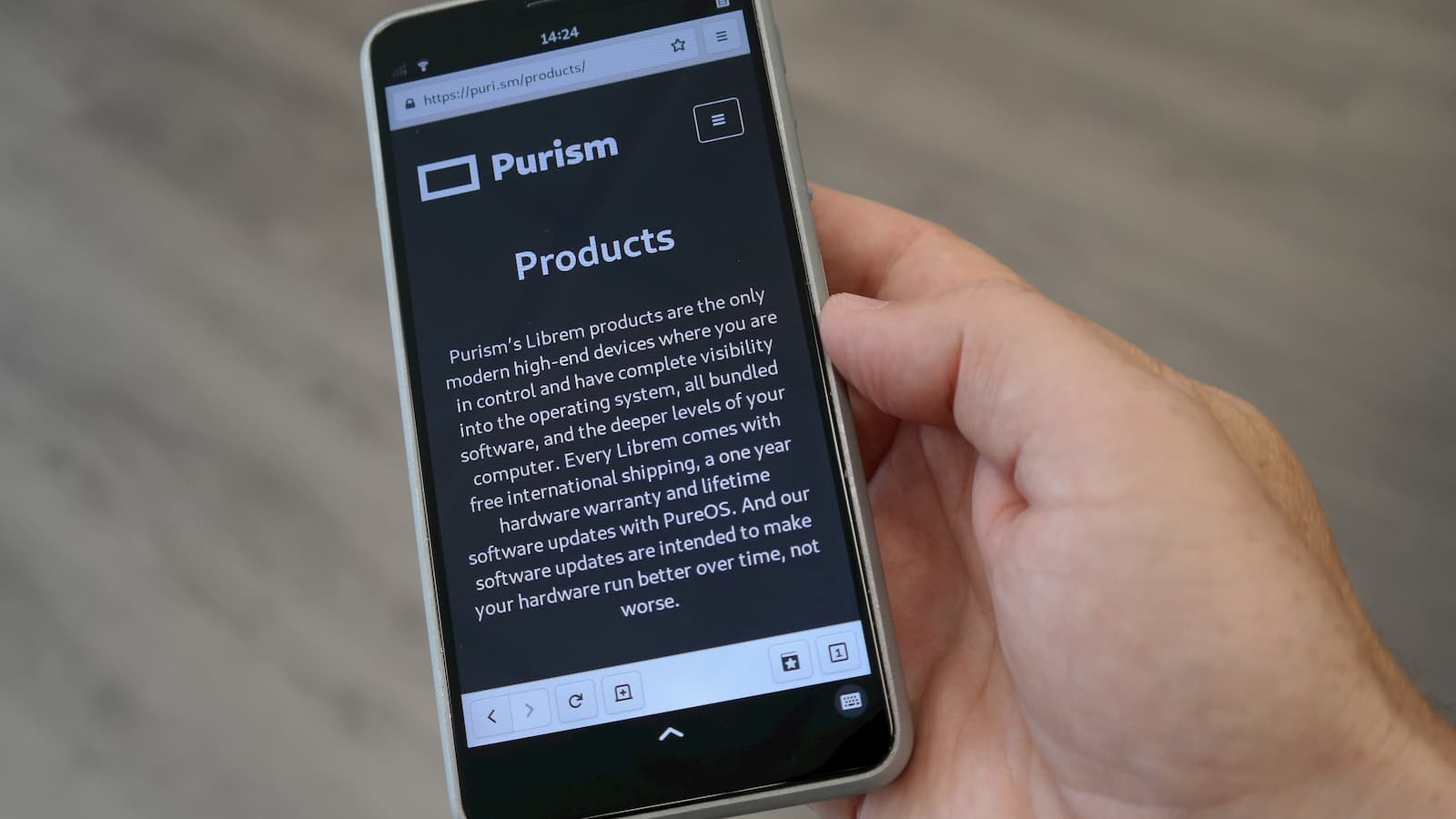 Increased awareness of mass-surveillance, both from governments and corporations, has led to the emergence of a new category of gadgets specifically designed to protect the user’s privacy. An example of this is Purism’s quirky new Librem 5 smartphone, which boasts a bespoke Linux-based operating system called PureOS, as well as physical hardware kill-switches for its microphone, GPS, and networking radios.

Purism managed to sell over $1.5 million in devices during its pre-order period, which is no small feat for a first-time phone manufacturer. And today, the firm announced it has started shipping the first units to backers.

The Librem 5 isn’t an attractive phone. I’m sorry, but it isn’t.

It’s got the chunky bezels of a phone released in 2013. But that doesn’t matter – it services a niche of user that’s routinely neglected by mainstream manufacturers. From whistleblowers like Edward Snowden to people who’ve perhaps watched Citizenfour a few too many times, there’s clearly an appetite for a device that’s designed to afford the most protection possible.

PureOS, which was endorsed by the Free Software Foundation in 2017, is a completely open ecosystem, allowing users to run whatever code they wish. Technical users can modify it without restriction, and the source code is available to inspect on GitHub.

While it’s unlikely to garner much attention from the mainstream app-developing community, users of this device will be able to access many of the services they use on a regular basis through the device’s web browser, as well as HTML5-based “native apps.” PureOS sandboxes these from the underlying operating system, in order to prevent them from snooping on other applications.

And Purism has teamed up with Matrix, a secure real-time communications provider, to fill the gap that otherwise would be occupied with apps like iMessage and WhatsApp.

Of course, the most interesting stuff happens below the screen

The Librem 5 has a few quirky hardware tweaks designed to protect against surveillance. Unlike every other phone on the market, the handset uses separate chips for the CPU and the cellular radio.

There’s also the hardware kill switches I mentioned. If you’re worried about the NSA using your device to stalk you, you can physically disconnect the GPS, baseband, WiFi, camera and microphone from the phone’s circuitry. While that’s probably overkill for most people, folks like Edward Snowden would likely find it useful. And I wouldn’t be surprised to see him order a unit to his Moscow dacha.

Of course, the rest of the specs aren’t quite up to scratch with what you’d expect from a phone that retails at $699. It’s powered by a 1.5GHz quad-core processor from NXP. It ships with a mere 3GB of RAM and 32GB of storage. There’s only one rear-facing camera, and it’s a glum 13MP affair. If you’re hoping to Instagram a prolonged vacation at an Ecuadorian diplomatic mission, this ain’t the phone for you.

But then again, can you put a price on privacy?

What do you think? Is the Librem 5 phone for you or is this just totally tinfoil hat material? Let us know down below in the comments or carry the discussion over to our Twitter or Facebook.