Tech Hangover: Schools are tracking when kids get up to go pee

Technology was a mistake.

MIT Taught Self-Driving Cars to See Around Corners with Shadows

The folks over at MIT are at again. They are now working on a system that allows self-driving cars to look around the corner somehow using shadows. I don’t get it, but thankfully the team at MIT does.

Ideally, a self-driving car would be able to use all its processing might to avoid an accident, but to do that, they need data. Researchers from MIT have developed a system that could help cars prevent collisions by, essentially, looking around corners. They call it ShadowCam.

Another day, another Android vulnerability – The hits keep on coming. And this nast little malware sounds extremely annoying.

Over the past six months, a new Android malware strain has made a name for itself after popping up on the radar of several antivirus companies, and annoying users thanks to a self-reinstall mechanism that has made it near impossible to remove. Named xHelper, this malware was first spotted back in March but slowly expanded to infect more than 32,000 devices by August (per Malwarebytes), eventually reaching a total of 45,000 infections this month (per Symantec).

Facebook is finally paying up for that whole Cambridge Analytica mess, well at least on the UK front. A £500,000 fine is laughable to a company the size of Facebook. They should have been slammed with a bigger fine.

Facebook has agreed to pay a £500,000 fine imposed by the UK’s data protection watchdog for its role in the Cambridge Analytica scandal. It had originally appealed the penalty, causing the Information Commissioner’s Office to pursue its own counter-appeal. As part of the agreement, Facebook has made no admission of liability. The US firm said it “wished it had done more to investigate Cambridge Analytica” earlier.

School apps track students from the classroom to bathroom, and parents are struggling to keep up 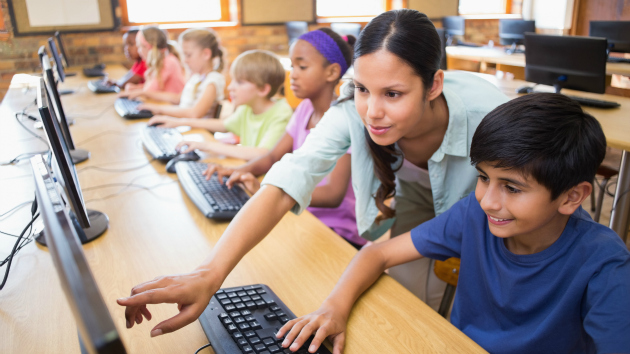 Man, kids have it so much rougher at school these days. Do you feel something like this is necessary?

Heritage High School in Loudoun County, Va., introduced the software, called e-Hallpass, in September as a way to track trips to the bathroom, the nurse’s office, the principal or other places on campus. It collects the data for each student’s comings and goings so approved administrators can see pass histories or look for patterns.

“I just think it’s a violation of our privacy, and I don’t think it’s something that needs to be in place. I would understand if it was something for specific people or even underclassmen,” said Chase, who started an online petition on Change.org to remove the technology he calls invasive.

Imagine that, someone wanting to look at our data.

Los Angeles wants a peek at the location data collected by the Uber scooters in its city. The company, better known for its ride-hailing service, doesn’t want to give up the information and may take legal action to keep the data private.

Lyft is taking the human judgment out of critical safety decisions

Lyft drivers who have been banned from the ride-hailing app may soon get a second chance. The company has imposed a new standardized protocol for determining whether to ban drivers who may pose a safety threat to passengers. Lyft is also reducing the roles of the trained specialists hired to make the judgment calls on whether to boot them.

Unraveling the Secret Supply Chain Behind an AmazonBasics Battery

Over the past month, I have tried to uncover the hidden life cycle of this simple AmazonBasics battery. Amazon is fiercely secretive about its corporate footprint and masks its operations through a discreet network of outsourcing, making its supply chain hard to unravel. Its AA battery is no different. The product is indeed made in Indonesia, but not by Amazon, I learned.

LG G8X Dual Screen review: better than you might ThinQ

Amazon and Apple battle for the best earbuds