The best crowdfunding campaigns to check out in June 2021

Need a new eScooter or smart suitcase? This month’s crowdfunding list is for you. 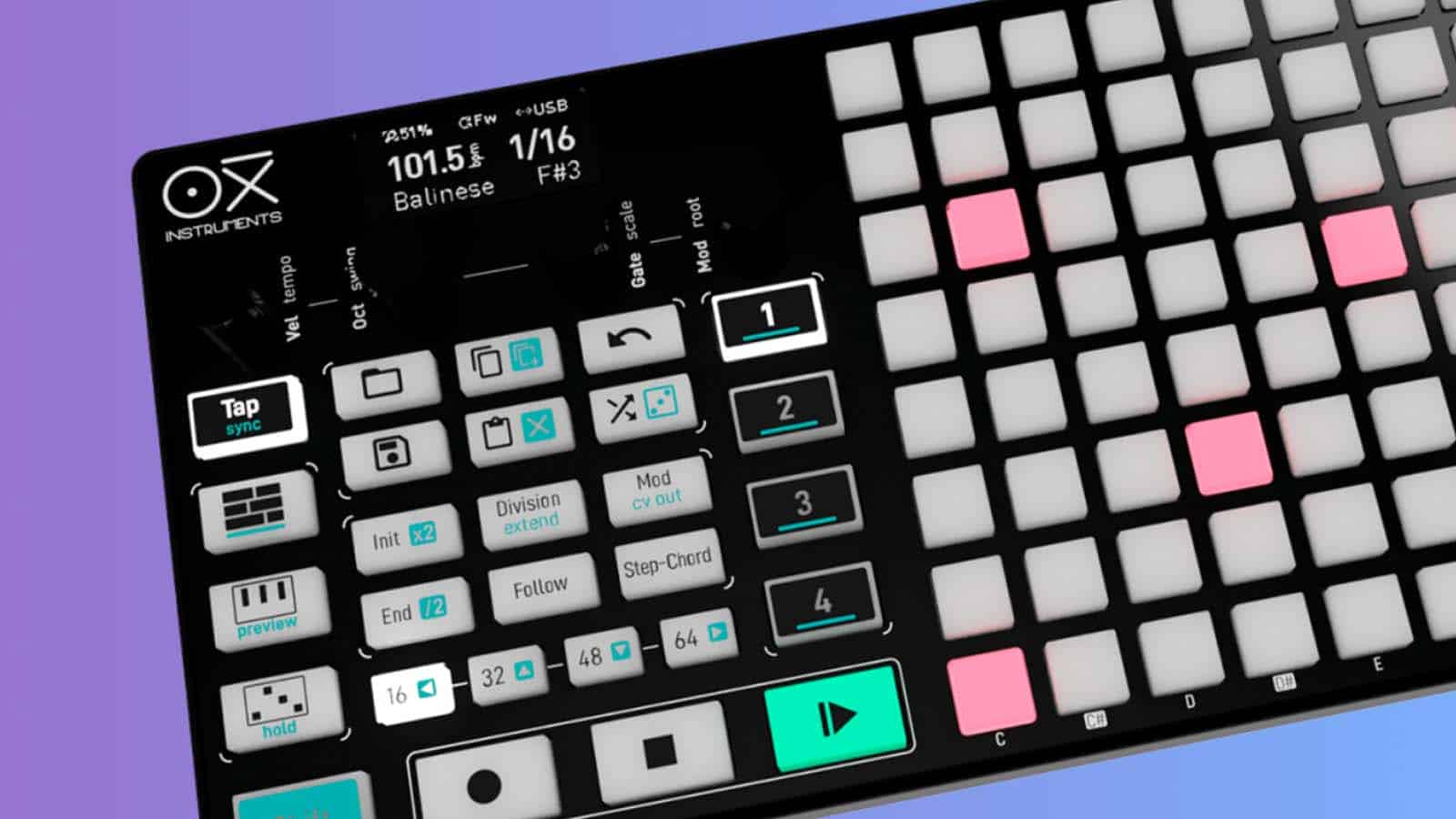 With all of those campaigns competing for your attention, it can be tricky to find ones based on your interests. Let KnowTechie do all the hard work for you, with our picks of the crop for March.

Check out these 14 awesome crowdfunding campaigns this month

So, with all of that out of the way, here are some of the crowdfunding campaigns I’ve found worthy of attention in March:

eScooters are great for getting around town but they have one major issue – they’re not built to your body size. Scotsman is custom-printed out of carbon fiber for your dimensions, so they build every single unit to the owner’s preferences.

That means sleek lines, inbuilt shock absorption, and a wider footplate, along with no visible seams or wires as everything goes inside the body. The battery pack can be removed and used to power your laptop or other electronics, and you can stuff two batteries in if you have range anxiety. Oh, and there are three dual-motor choices, so you can scoot along at up to 45 mph!

It’s grilling season, which is great. What’s not so great is the risk of food-borne illnesses, usually due to improper defrosting of your meats. Icegone is here to save your stomachs, with a nifty thawing plate that can defrost food eight times faster than at room temperature. That means steaks from the freezer to the grill within 20 minutes, perfectly defrosted all the way through. Don’t risk cooking unthawed meat, it’s not worth it.

Love the classic stylings of Wayfarer sunglasses but wish they were a bit more futuristic? You might love Dusk then, the smart, electrochromic sunglasses from Ampere. The frames let you listen to music and take calls, which is cool enough, but they’ve got a secret killer feature.

You can change the tint of the lenses at a touch. Want darker for outside? Check. Don’t want to take them off when using your computer so want them clearer? Check. Oh, and they have space in the charging case to stash an AirTag so you won’t lose them.

Anyone who has to routinely work with tiny screws knows the repetitive movements really do a number on your hands. SES Pro takes all the hard work out of those tasks, with its motorized, motion-controlled screwing action. Giggidy.

Think of it as a tiny drill, but instead of pressing a button (and having to remember which direction it’s set to), you trigger it with the turn of a wrist, just like a motorcycle throttle. Perfect for hobbyists of all kinds.

OXI ONE sequencer and MIDI controller

Got musical inclinations but feel current sequencers or MIDI controllers are too restrictive? Maybe cast your eyes over the OXI ONE, with a wealth of inputs, outputs, and a 128 pad grid for those sick sequences. Oh, and it’s got wireless connectivity and a rechargeable battery so you can compose while you’re on the move, without seemingly thousands of wires. Nice.

Ninebot’s KickScooter F series are the latest eScooters to feature Segway’s motor tech, chosen for its reliability and power. The F40 features a 25-mile range, a top speed of 18.6mph, 10-inch tires, and a Bluetooth security lock so only you can use it.

The F30 has a 17-mile range, with a 15.5mph max speed, and both use powerful brushless direct current motors for fast and stable riding. Regenerative braking helps with the range, and the battery system has multiple safeguards against decay.

We first noticed the Dasung Paperlike 253 early this year, and you can finally buy one. The 25.3-inch monitor uses E-ink technology instead of a normal LCD panel, to hopefully reduce things like tension headaches from staring at your screen all day at work.

It has DisplayPort, HDMI, and USB-C inputs for whatever device you decide to use it with, a 3200 x 1800 resolution for crisp text, and patented high-refresh-rate tech that means it won’t take as long as your Kindle to refresh the screen.

Getting quality audio for your videos is hard, but it’s about to get easier. The new WE10 Pro from Mirfak comes with two wireless microphones and a receiver that you can record to, giving you a second backup for your audio track in case the in-camera one fails.

The dual-channel receiver also works to monitor your levels, something that the competition doesn’t have. Both wireless mic units have omnidirectional mics and 3.5mm inputs in case you want to use an external mic. Perfect for podcasts, or on-location shoots where audio is usually complicated to set up.

Suitcases haven’t really had any new tech innovations for ages, but Kabuto wants to change that. Modular interiors, silent wheels, a magnetically attached expanding backpack, and the ability to charge your devices with a TSA-approved battery bank are all great but their suitcase and carry-on have one killer feature – TSA-approved biometric locks for the main compartment.

Yes, your fingerprint can unlock the zipper, so you don’t have to remember combinations or fiddle with tiny keys. You can even store up to ten fingerprints, so it’s perfect for family outings. Oh, and the Makrolon shell has a lifetime guarantee, so if it cracks for any reason, Kabuto will replace it. Nice.

Ever heard of a short-throw projector, where you can put it within inches of your wall and still get the same image quality as the hard-to-position models? Well, let me educate you, with these two new units from JMGO. Engineered in partnership with Leica, the JMGO 01 Pro projects up to a 110-inch screen from less than a foot away from your wall, at 1920x1080p resolution with a 1250 ANSI brightness.

No more losing the image if people walk in front of your view, no more warped images or manual keystone correction. Just audio-visual bliss. Or you could opt for the JMGO O1, which has slightly less brightness, at 800 ANSI, and up to a 100-inch effective screen.

Smartphone filming has come a long way, but you still need multiple devices if you want to stabilize and charge. The PowerVision S1 packs a gimbal into a wireless charging power bank, so you don’t need to drag bulky gimbals around while you’re on adventures.

The three-axis gimbal doesn’t just keep the image stable when you’re holding it though, it’s also got AI facial recognition and body tracking so it can follow you around the room if you’re a one-person creating team. Nifty.

Need a space to store your valuables at home? This nifty connected safe is worth a look, with on-demand monitoring via internal and external cameras, a biometric lock that can have four individual users, guest PIN access for one-time use, and more. The inbuild accelerometers will let you know if anyone tries to tamper with the Space Safe, and that’ll also put it in lockdown mode. There’s enough space inside for larger laptops like the 16-inch MacBook Pro, and pretty much all your valuables. Oh, and it’s got internal temperature and humidity sensors, so things like your passports can be kept in perfect condition. Neat.

MagMod gear is never far from my photography kit, and they’re back again with some huge softboxes for immensely soft light to make your photos pop. They wouldn’t be MagMod accessories without tons of magnets, and here the grids attach via magnets so you don’t have to struggle with velcro ever again. Want a splash of color? Pop in a rigid gel into the frame and you’ll get the hue of choice, something that’s near-impossible to do with any other softbox. Oh, and the softboxes have integral, zip-on, zip-off diffusers that tuck away when not in use, without you having to remember where you left them. Nice.

We loved the last self-charging smartwatch from Sequent, so to see them back again with a version clad in svelte titanium got our hearts a-racing. Well, we can only assume our hearts were racing as our version didn’t have the heart monitoring sensor that you can get on the Elektron HR. Both models feature Sequent’s gravity-powered self-charging tech so it’ll never run out of power as long as you’re moving, and the companion app tracks activity, charge, and heart rate (on the HR model).

So, there you have it, some of the best crowdfunding campaigns available on Kickstarter and Indiegogo right now.