Windows 11 is finally here – here’s what to know

From new features to how to download Windows 11, we’ve got you covered. 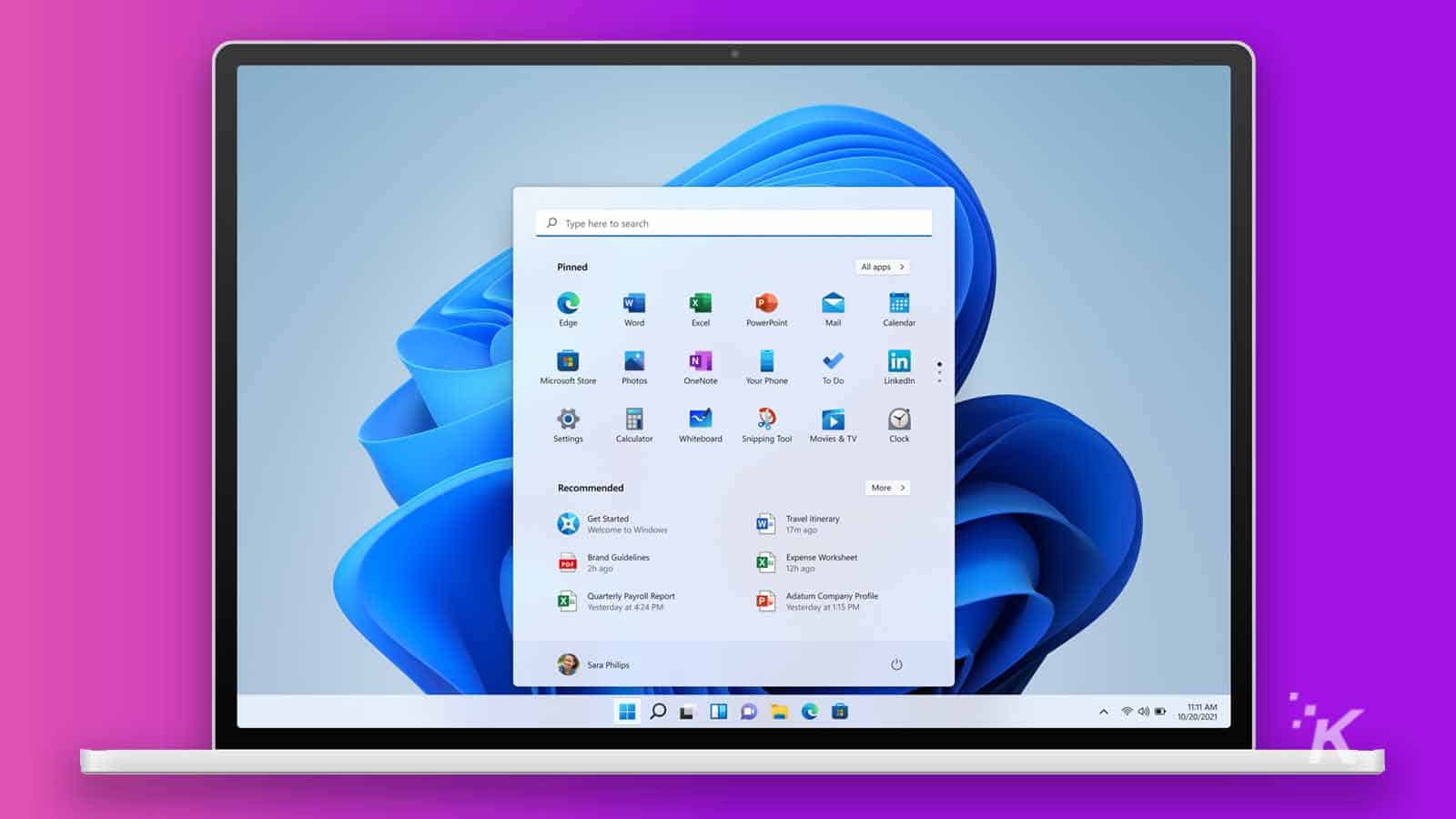 It’s October 5, which means its release day for Windows 11. The latest version of Windows brings some big graphical overhauls to the operating system, with a new Start menu and a simplified taskbar.

It’s coming as a rolling release, which means not every Windows 11-compatible computer is going to get it today. Any new computer bought from now on will come installed with Windows 11 on it, and the newer your existing computer, the sooner you should see the upgrade option from Windows 10.

Microsoft Teams is getting some new updates, including a more prominent feature in the taskbar (similar to how Skype was presented in Windows 10), and the overall UI is cleaner and dare we say, more Mac-like.

Here’s everything we know so far about both Windows 11, and how to upgrade once it’s available on your device.

What new features should I be looking for in Windows 11?

While Windows 11 has tons of new features, here are our favorites:

Integrated Android apps: Windows 11 will be including a native way to run Android apps, which will also be available in the Microsoft Store (via the inclusion of the Amazon Appstore). This will come as a future feature update, as it wasn’t quite ready for launch day.

Wait, isn’t that a Mac: Yes, the new UI for Windows 11 is very Apple-like, but that might not be a bad thing. We always disliked the squared edges of everything in Windows 10, and the new, softer UI is a welcome change.

Widgets for everything: If you loved widgets when Microsoft had them in Windows Vista, you’re in for a treat. In Windows 11, you can get to your widgets from the taskbar, and tweak them to your personal taste.

Microsoft Teams: Windows 11 fully integrates Teams into the UI, with a Taskbar icon that replaces Skype’s deep integration in Windows 10.

Your PC is (kinda) an Xbox: Windows 11 brings some of the cool software features from the latest Xbox consoles, like Auto HDR, DirectStorage, and more.

Better multitasking: The new UI comes with handy features to easily arrange windows around your screen, called Snap Layouts, and automatically groups multiple copies of things like browsers, so you can open them all at once, a feature called Snap Groups. You’ll also no longer lose where your open windows are located if you unplug a monitor, which is really going to come in handy for those laptop users that use a second screen at their desk.

Virtual desktops get better: Windows 11 lets you set up multiple virtual desktops, so you can keep home, work, and gaming apps all on their own virtual desktop, with different wallpapers so can see which one you’re on at a glance. Yes, Macs and some Linux distros have had this for years, but it’s nice to finally see it on Windows.

Yes, Windows 11 will be a free upgrade if your computer is already running Windows 10.

Is my computer compatible?

If your computer is already running Windows 10, you’re possibly already covered, but you’ll still want to run Microsoft’s PC Health Check app to make sure. If you’re a Windows Insider, you can already run the tool. If you’re not an Insider, you might have to wait a while.

You could also try running a third-party tool, WhyNotWin11, to test compatibility. Scroll down on the page to when you see Download latest stable release and click on it to download the tool. Running the tool will go through the checklist for Windows 11 compatibility, and tell you if your computer is compatible, or what you need to fix to get it compatible.

What if it’s not?

You can still install Windows 11 on an older PC, that the tool says isn’t compatible. There are a few things to keep in mind though. You won’t be able to use Windows Update to upgrade from Windows 10 to Windows 11.

You’ll have to manually download an ISO file, and do a fresh install on a blank hard drive. Microsoft might not support this method going forwards though, so you could end up not getting important updates like security fixes or new device drivers.

Once Windows 11 is rolled out to your device, your download will be the same as any other upgrade to Windows, through Windows Update.

If Windows 11 is available for your device, you’ll see a Feature update to Windows 11 banner, probably similar to the one in the above image. Clicking on Download and install will start your upgrade process.

If you don’t see it today, Microsoft is doing a rolling release so check back every so often to see if the upgrade has arrived for your device. Generally, the newer your device, the sooner you’ll see the upgrade.

Ok, this is a big one. If you’re a content creator, whether that’s music, videos, or anything else that uses non-Microsoft tools to create – hold off upgrading to Windows 11 for a while. Anything from plugins to full tools could break, as could drivers, workflows, or literally anything else that you rely on in your daily use.

Now you have a better idea about Windows 11. We hope your upgrade goes as smoothly as ours did.