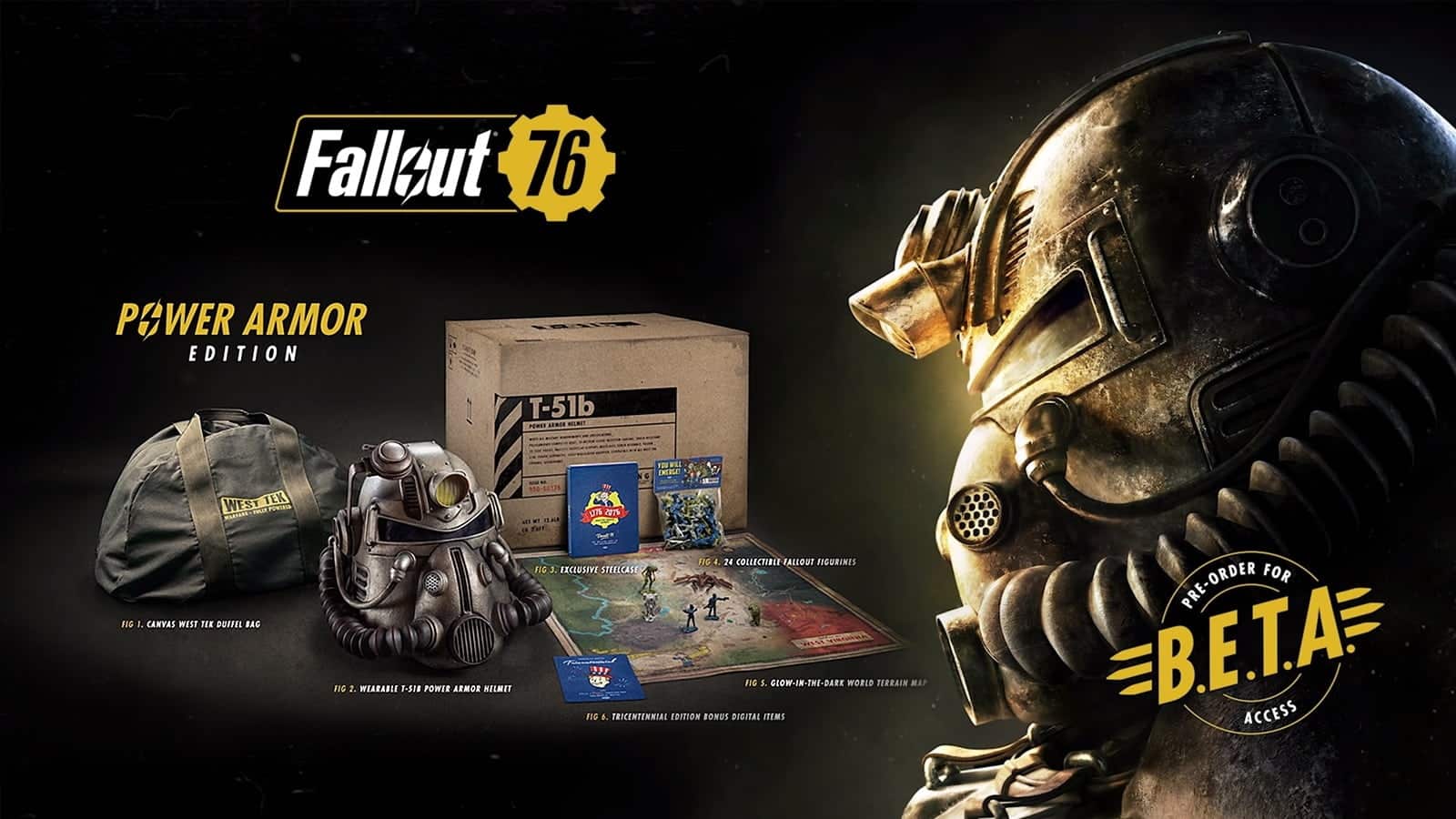 Poor, Fallout 76. While I have – somewhat – enjoyed my time in the title, there are obviously plenty of issues with it. So much so that some lawyers are even trying to get together a class-action lawsuit against Bethesda for refusing refunds on the title.

Now, a new controversy is brewing, as gamers are reporting that their Fallout 76 Power Armor Edition did not come as advertised. While the helmet included with the pre-order hasn’t been critiqued, the bag that was supposed to come with it was a cheap imitation of what was advertised.

According to one poster on Reddit, the bag is definitely not canvas and resembles something closer to nylon. Which ain’t cool.

On top of that, it doesn’t look like Bethesda has any plans to make good on the advertised bags, basically telling the poster that yeah, that bag, the one we advertised? Yeah, too expensive. And nah, we’re not changing anything. Suck it. 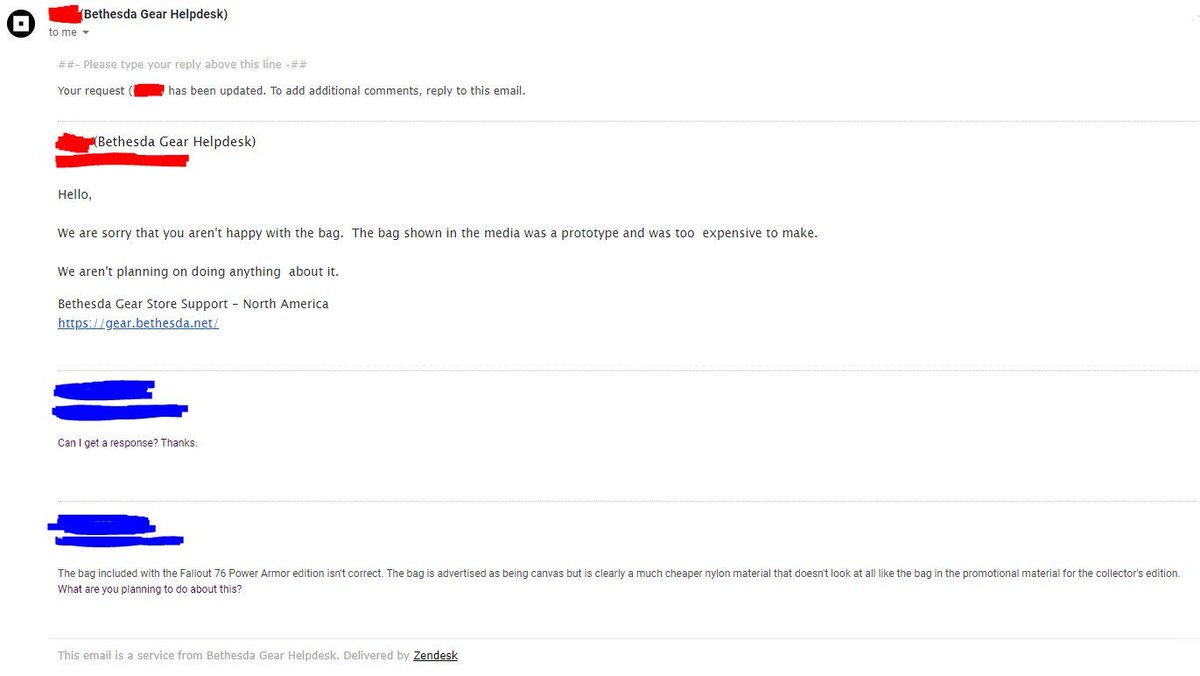 The actual message from Bethesda stated,

We are sorry that you aren’t happy with the bag. The bag shown in the media was a prototype and was too expensive to make. We aren’t planning on doing anything about it.

Oh, ok. According to Attack of the Fanboy, the company just recently updated the listing to say the bag was made of nylon, but images on the site continue to show the “Canvas West Tek Duffle Bag.”

As of this writing, Bethesda has not made an official comment regarding the bag mishap or a statement regarding the reported lawsuits. We’ve reached out to the company and will update this piece if any new information is available.

Fallout 76 is available for Xbox One, PlayStation 4, and PC.

What do you think? Should Bethesda have to answer for this? Let us know down below in the comments or carry the discussion over to our Twitter or Facebook.