How to preorder the Apple Watch Series 8, SE, and Ultra

Preorders are live now and watches start shipping on September 16 and September 23. 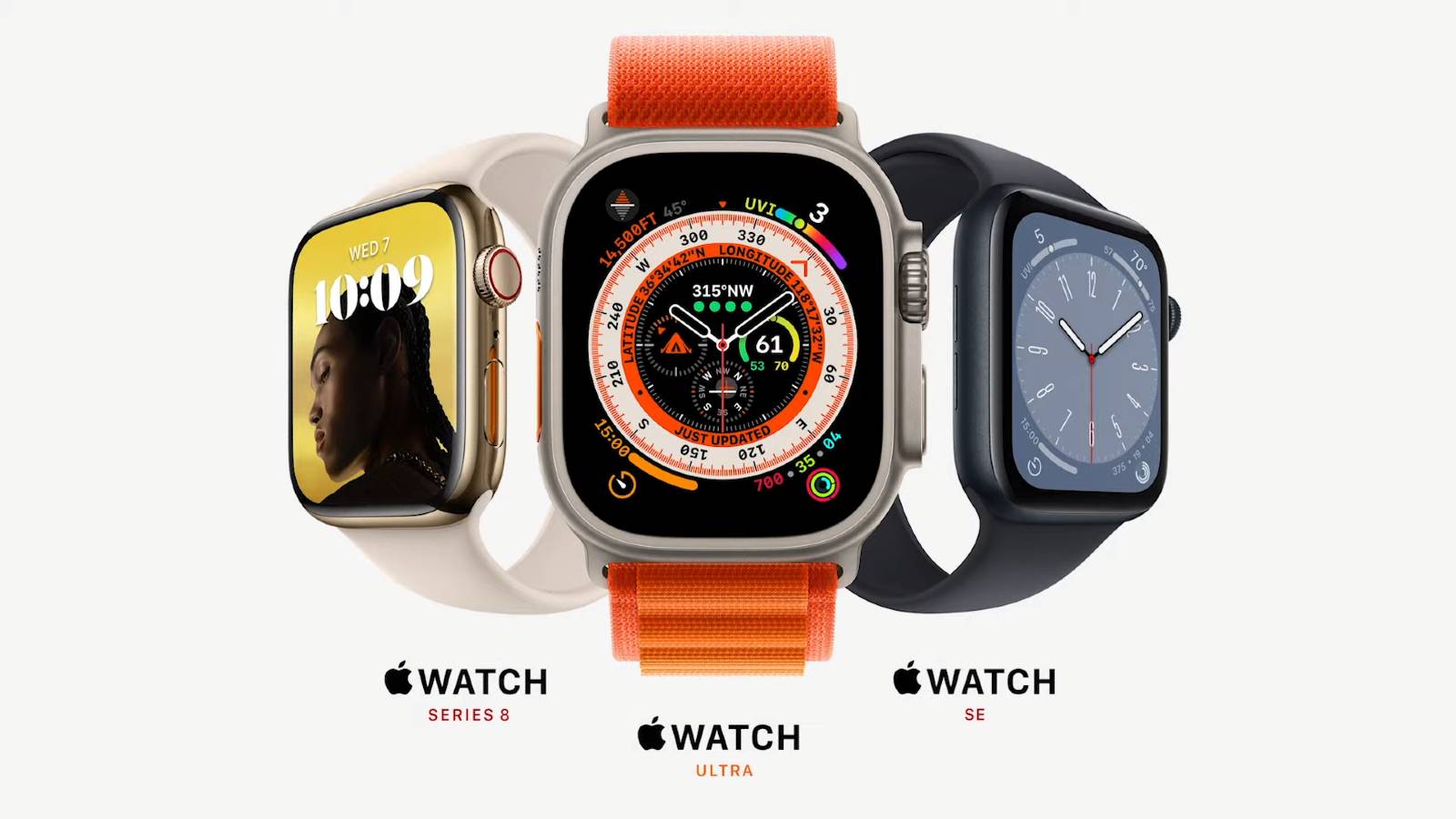 We’re fresh off the latest Apple reveal, announcing several new devices, including new iPhones, iPhone Pros, AirPods Pro, and Apple Watches, and you can preorder some of those devices now.

As usual, the preorder window for some of these devices is already open. Namely, you can preorder the various Apple Watches that were announced, and they’ll start shipping on September 16.

Additionally, the new Apple Watch SE was revealed, offering an upgrade to the more affordable entry-level option. And finally, the Apple Watch Ultra was announced, with a premium, rugged design made for the outdoors.

Pre-order windows for all these watches have already opened, with the Series 8 and new Apple Watch SE shipping on September 16. You’ll have to wait an extra week until September 23 for the Apple Watch Ultra.

Follow ahead to see the various preorder options that are available for each watch.

The Apple Watch Series 8 builds what Apple has developed over the years with its flagship smartwatches. It comes in the familiar 41mm and 45mm case and all-day 18-hour battery life.

Apple is also introducing a new power-saving mode with WatchOS 9 that can give you up to 36 hours of battery and still maintain some flagship features.

You can preorder the Apple Watch Series 8 at all the familiar locations, including Amazon, Best Buy, and various cell providers. Depending on who you go with, you may get various deals or trade-in offers, so be sure to shop around.

Apple also introduced an upgrade to its entry-level Apple Watch SE at this year’s event. It features an upgraded chipset, the same as the one found in the Series 8, offering a 20 percent boost in speed over the original Watch SE.

It’s also been equipped with the new crash detection found in the Apple Watch Series 8. Beyond that, it can do many of the same things as the flagship device, like multisport workouts, activity tracking, emergency SOS and more.

The Apple Watch SE is designed as a more affordable alternative to Apple’s flagship smartwatches. It comes in at a much cheaper $249 for the GPS model and $299 for the cellular model.

Here are the places where you can preorder the new Apple Watch SE Gen 2:

Finally, Apple announced its highly-anticipated premium smartwatch, the Apple Watch Ultra. This larger, 49mm smartwatch from Apple is designed with the most rugged outdoor conditions in mind.

The Apple Watch Ultra features a massive battery with up to 36-hour battery life on a single charge. And that’s with the company’s brightest ever smartwatch display at 2,000 nits.

It features a WR 100 waterproof rating, making it a great option for watersports. And the aerospace titanium offers great durability and corrosion resistance.

The Apple Watch Ultra is only available in a GPS plus cellular connectivity version. And it’s the most expensive smartwatch that Apple offers, at $799.

You can preorder your new Apple Watch today

If you’ve been waiting to get your hands on one of the new Apple Watches for 2022, you can go ahead and put your preorders in today.

You’ll have to wait a bit longer for those looking to snag a new Apple Watch Ultra. You can still preorder now, but the Watch Ultra doesn’t ship until September 23.