KnowTechie Roundtable: Was the internet better in the 2000s? 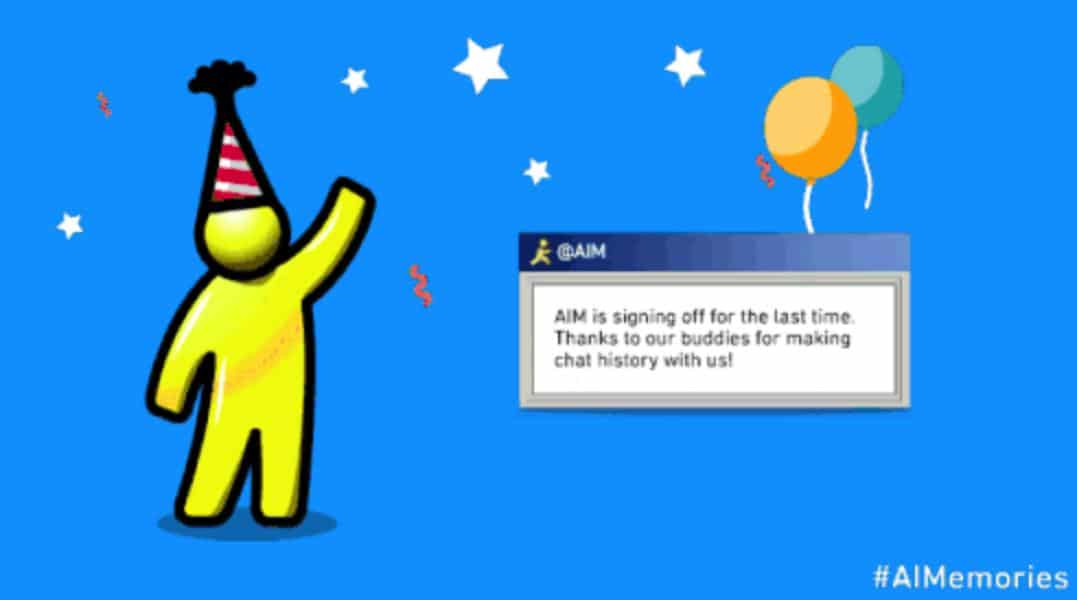 Why am I the one starting this every week? Y’all need to get on the ball. The internet was definitely “more fun” in the early 2000s. I don’t know about better, because I was ignorant about most of the gross and terrible stuff that filled random messaging boards.

The early 2000s brought with it endless possibilities and definitely opened a new world for me. Geocities and Angelfire websites, spoofing site counts to flex on my other nerdy friends, and I still want AOL Instant Messenger to come back. It also showed me that the world was bigger than my little piece of Virginia. I’m sure this will be met with jokes because everyone here is neanderthals, but it’s the truth.

Actually, Josiah, I remember your Geocities site. It was a memorial to Princess Diana but for some reason was filled with pictures of what appeared to be hand-drawn centaurs with Diana’s face, eating what appeared to be either sugar cubes or large blocks of cocaine. You were a terrible artist. While you’ve gotten better at Photoshop since the internet has progressed, it was still a horribly inappropriate way to start your internet career.

So was the internet better in the 2000s than it is now? No. To think so is terribly naive and just seeks to assuage your own insecurities about the way the world works now. It was a more innocent time, yes, but while social media has brought a certain hell with it, it has also brought so much connectivity and wealth. Hell, we all wouldn’t be writing this (ugh, together) if Twitter didn’t exist.

Aah, I was waiting for Curtis to wake up and chime in… Anyway, anyone (other than me) actually remember the world before the Internet? I believe there was a thing called “Outside” that we got to by exiting our basements. It was terrible.

The early 2000s on the internet was a weird place. MySpace was a thing, as was Orkut, Facebook hadn’t been unleashed on the world and Twitter was still a twinkle in Jack’s eye. It was a simpler time, but you know what was really bad back then? Internet speeds. Never again will I go back to pre-Broadband, pre-fiber-to-the-home for my personal connection.

Curtis: Joe, have you ever actually left your basement?

I don’t know how this exactly qualifies as a debatable topic, because the answer is so clearly yes. The Internet was better in the 2000s because there was less of it, simply put, which made everything that found its way to it feel all the more important and “worthy.”

You remember when television was first becoming a thing – looking at you, Curtis, you ancient fuck – and in order to even get a chance at appearing on it, you had to be a singer-songwriter-dancer who could also do a tight five minutes of standup comedy while juggling chainsaws in between acts? Now all you have to do is 1) Be shitty and 2) Maybe work for a repo company or something? Just be a housewife who never mentally evolved beyond the 8th grade and boom, you’ve got a show.

All we had back then was Charlie the Unicorn, Newgrounds, and Tom… that beautiful bastard Tom. It was glorious, and the only thing the Internet has accomplished since is fueling our inevitable destruction.

Curtis: But the beautiful thing is Jared, just like Gozer promised – we got to choose the form of our destructor.

I guess the thing I liked most about the old Internet was how “real” it was. People made stuff — like blog posts and websites. Generally, you knew who you were talking with, because it was so hard to have the serendipitous interactions that exist today on Twitter.

Relationships felt more genuine. And the Internet wasn’t as mean, because interactions were generally on a one-to-one basis. The fact that online relationships were so intrinsically linked to the offline world meant people were typically more reticent to say hurtful things.

(Although, I should add that when I was in year seven, one of my classmates created an Angelfire website about my purported predilection for coitus with rabbits, which was called “Matthew’s problems.” It included a picture of Michelangelo’s David that was photoshopped with my face, and a rabbit you know where. So, maybe my last point isn’t my strongest.)

Most of all, I miss how candid people used to be online. People blogged and tweeted without the fear that someone might misinterpret their tweets and “cancel” them. The late 2000s was a great time for personal expression and creation, and we’ve lost that.

Sure, back in the early 2000s, I totally had put together a Geocities site for my Final Fantasy XI

Online linkshell. I also enjoyed the early age of web animation with stuff like The Ultimate Battle of Ultimate Destiny and all sorts of other silly shit. However, are we really going to look back at the olden days and really think “Man, I totally miss that?”

Sure, there are people that can’t break from social media, but do you remember bullshit like Myspace’s top friends? I basically ignore Facebook and tread water on Twitter, but outside of sharing mine and KnowTechie’s work online, I’m pretty quiet. Social media used to require a lot of cultivation and pampering. It probably taught me to be able to zone out a lot of the negative crap these days but I’m not sure it wasn’t always there. I think we just know how to find it easier now.

Curtis: So you are saying the internet is better now than back in the day right? So we agree that Jared should just move to a cabin in the mountains and hunt squirrel for the rest of his days? Connected to nothing but the sinewy squirrel tendon stuck in his teeth?

Josh: You got it. Jared needs to channel his inner Hemingway.

Was the internet better back in the 2000s? Sure, for nostalgia reasons. But cmon, that shit sucked for the most part. Sure, you had sites like Newgrounds and YouTube, but if you didn’t have a decent internet connection, those sites would take forever to load. And God don’t even get me started with buffering.

Today’s internet is world’s apart, obviously. Sure, it’s not as innocent as it used to be, but it’s so much more accessible and easier to use these days. I have to say, It’s better now than it ever was. I mean, cmon, you can literally buy drugs on it now and coffee mugs Josiah keeps pushing on us for some reason.

What do you think? Was the internet better back in the 2000s? If you have any thoughts or suggestions, this is where you come in. Let us know down below in the comments or carry the discussion over to our Twitter or Facebook.