The Honor 70 is a great phone. It looks great, feels great, and its camera takes amazing pictures. But Honor still has a long way to go

It’s been a while since we last covered an Honor phone here at KnowTechie. And boy, it’s been a busy couple of years for the company.

Let’s recap: Honor was riding high, expanding its mid-range mobile business across Europe and Asia. Everything was going great. Until it wasn’t.

The erstwhile US President, Donald Trump, took aim at its parent company, Huawei. Suddenly, they couldn’t buy components from suppliers or even license Google’s Android apps.

For a moment, it looked like they were down and out. But then, Honor split from Huawei. As their own company, hoping to one day shine again.

And it’s phones like the Honor 70 that are making this possible. As far as reunions go, this was a good one.

The Honor 70 is a great phone. But it’s also in a fiercely-competitive market. But it’s also hugely compelling, with some of the best photography chops in the mid-range segment. Overall, great camera but dated UI. Honor still has a long way to go.

The Honor 70 isn’t a perfect phone, but it’s also hugely compelling, with some of the best photography chops in the mid-range segment.

It’s a beautiful, potent bit of technology. And if you pull up a chair, I’ll tell you about it.

Honor and I have been around the block a few times.

I’ve covered their devices at almost every tech publication I’ve worked at, from The Next Web and The Register, to this humble outfit. And they’ve never let me down.

Not once have they given me cause to hold my nose and give you a resounding thumbs-down, like Joaquin Phoenix in Gladiator.

And my praise has always been the same: pretty phones, great cameras, and solid specs, all at a reasonable price.

The same is true with the Honor 70. Sure, the Qualcomm Snapdragon 778G+ chipset isn’t the fastest in the world.

Where, among the Bloody Marys and bottomless omelets, they also serve Pablo’s finest marching powder.

They offer customers a dizzying array of RAM and storage configurations, ranging from a basic 8GB RAM and 128GB storage to a slightly extravagant 12GB RAM and 512GB storage.

The model you shipped this humble journalist sat toward the middle of that pack.

Looks aren’t everything, but I can’t fault the Honor 70’s design.

I’m a big fan of the tall 6.67-inch display, which positively invites the owner to waste the afternoon in a flurry of PUBG Mobile gunfire.

Its 120Hz refresh rate makes it well-suited for mobile gamers, while its HDR10+ compatibility and OLED panel elevates the long hours spent watching Netflix in the office toilet.

The camera modules sit in two UFO-shaped bulges within the rear of the phone’s textured chassis. It’s an eye-catching design and surprisingly elegant.

The phone’s three rear-facing cameras are a 54MP wide-angle primary lens based on Sony’s new IMX800 sensor, a 50MP ultrawide, and a 2MP depth sensor.

Cameras have always been Honor’s bag. They were the first phone vendor to release a 48MP camera — a groundbreaking feat back in 2019.

So, it wasn’t a surprise to see how capable the Honor 70 was as a portable photography machine.

This mural of Ringo Starr — the Beatles’ second-best drummer — demonstrates this.

And I was gratified to see its photography chops hold up even in the most adverse conditions, like nighttime or during the bleariest days of the English winter.

The Honor 70 is a solid phone. There’s a lot I like that I haven’t touched upon.

Its 66W fast charging gives you almost 60 percent of charge in around 20 minutes, and its 4,800mAh battery can handily last one-and-a-half days with moderate usage.

Some things to grumble about

Let’s start with the lack of an IP rating. On a basic level, it would be nice to have some reassurance about how this phone handles splashes and dust.

I didn’t expect a pristine stock Android experience, Honor, but I also didn’t want the first ten minutes to be spent hunting down apps I have no desire to use or install.

There’s a lot to like about Magic UI, particularly regarding its support for gesture-based navigation, but it does look a touch dated.

Its lineage, which stretches back to Huawei’s EMUI, is still glaringly apparent.

It’s been a lovely reunion, Honor. You’re still you. You still excel when it comes to design and imaging. But you still have a long way to go.

Magic UI. To quote the philosopher Fergie, it’s so 2000-and-late. It’s the carbuncle that betrays an otherwise spectacular piece of industrial design.

With no MicroSD slot or 3.5mm headphone jack, you have no excuse to leave out a proper dust- and water-proofing rating.

The Honor 70 is a great phone. But it’s also in a fiercely-competitive market.

The Nokia X30 5G rivals you on the photography front but has the benefit of a three-year warranty and three years of software updates.

The Nothing Phone(1) and countless devices from OPPO and Realme all deliver compelling alternatives, but at the same or lower price as the Honor 70.

And Google continues to impress with the Pixel line-up. The Google Pixel 7 is priced within reach of the Honor 70.

It touts a similarly-impressive camera setup and benefits from long-term OS support and a stock Android experience.

Pay attention, Honor. If you want to reclaim your rightful place at the smartphone table, these are the companies and devices you’ll need to beat.

Where to buy the Honor 70

US buyers can pick up the Honor 70 from Amazon’s third-party sellers. The base device costs around $700, shipping included.

At the time of writing, the Honor 70 is discounted to around £379 on Amazon UK’s Black Friday sale.

That’s a £100 discount from its usual price. You can also buy it directly from Honor’s site. 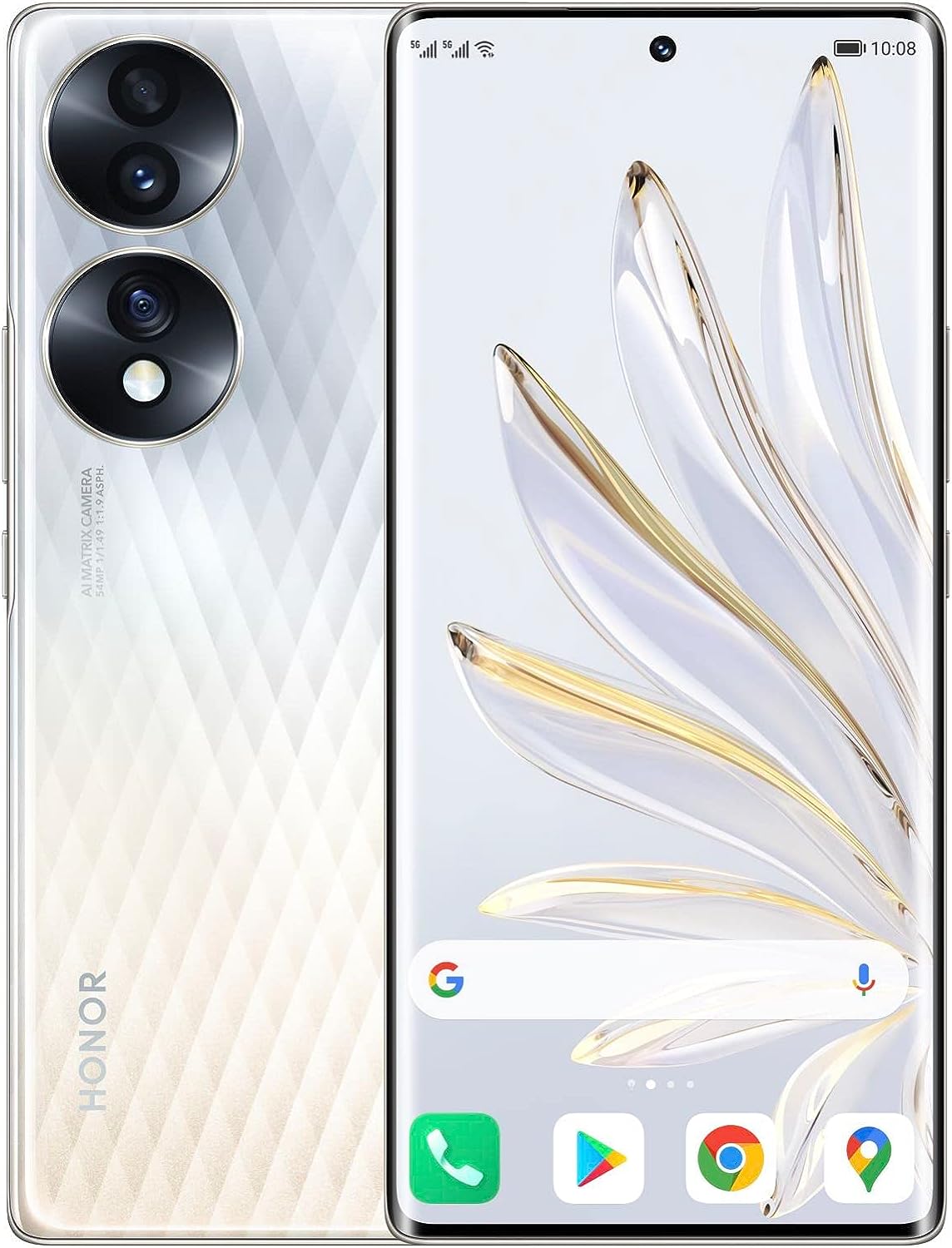 The Honor 70 is a great phone. It looks great, feels great, and its camera takes amazing pictures. But Honor still has a long way to go if it intends to keep up with competing brands. Still, it’s not the worst phone, but it’s certainly not the best.

See at Honor
See at Amazon