iOS 16 features a new tool that removes backgrounds from photos

This is going to be ridiculously useful. 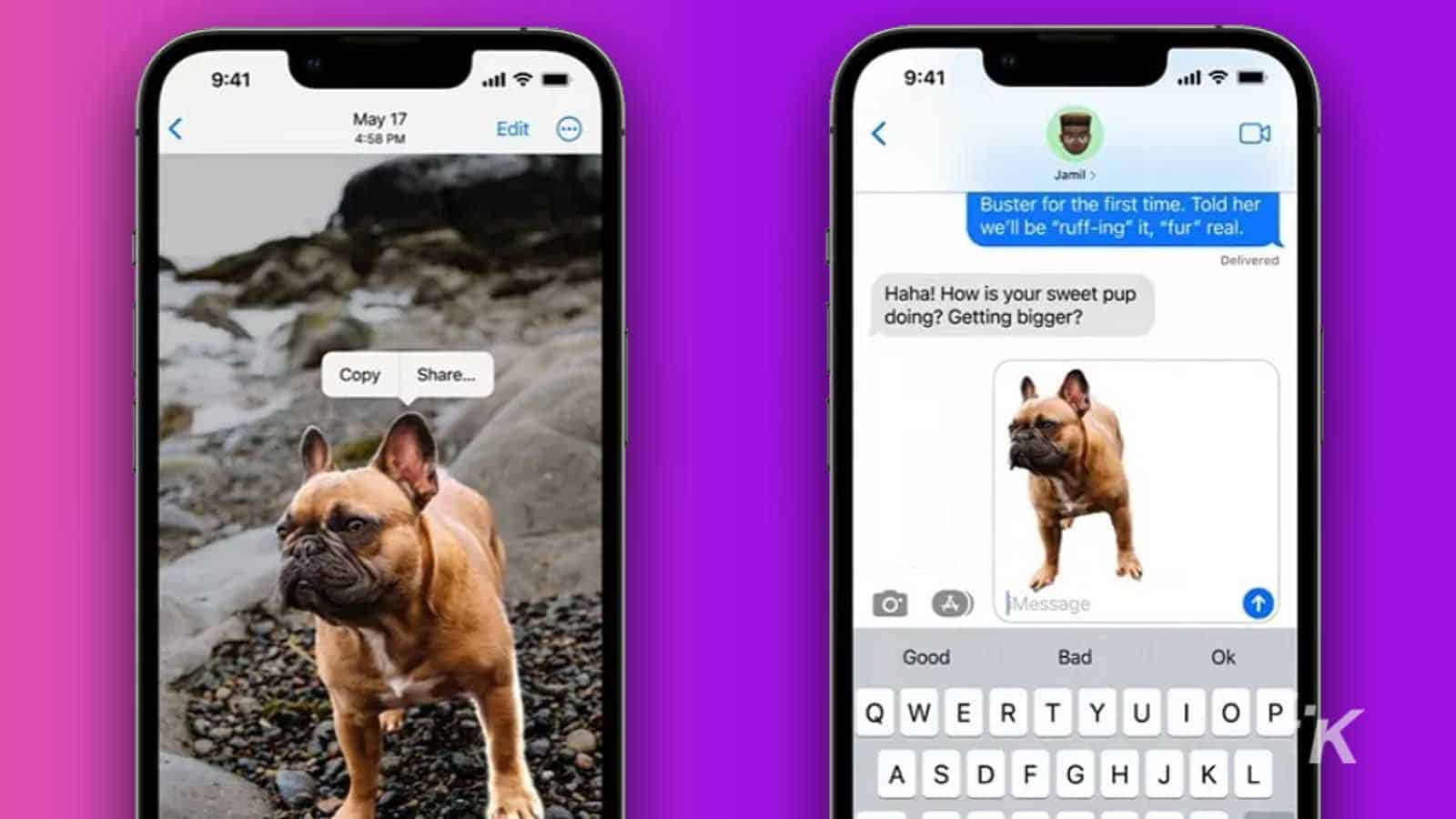 When it comes to new features, iOS 16 has a whole slew of them. From unsending iMessages to customizing lock screens, there are a ton of new options. Another update coming in iOS 16 is the ability to completely remove the background of an image.

Yes, iOS 16 will let you easily remove whatever is in the photo’s background that you don’t want. You can do this without resorting to a third-party app, too.

It’s embedded within the OS, meaning it’s available anywhere you need to access it. Anywhere you have an image that needs editing, you can access this photo removal tool, even in iMessage.

It’s impressive enough that this new iOS 16 feature easily accomplishes what can be a frustrating task. But it’s even more intriguing that it’s available all across your phone’s ecosystem.

You can even use it in Google Images, which is pretty crazy. Imagine being able to take the subject of an image and drag it to where you’d like it to go. It can even be used as a sticker in iMessage. The possibilities seem endless, especially if you’re someone who edits photos a lot on your phone.

It’s not a perfect solution, and there are still limitations with what you can do to it. Makes sense, of course, as it’s still within its beta testing phase.

READ MORE: CarPlay in iOS 16 lets you pay for gas from your car dashboard

The entirety of iOS 16 is, in fact, still a work in progress. It’s set to debut sometime this fall, so there’s time for Apple to button up some of the bugs and issues that crop up in the meantime.