Secure Your WiFi Network with the Fortigis VPN Router

Get VPN protection baked directly into your router with Fortigis 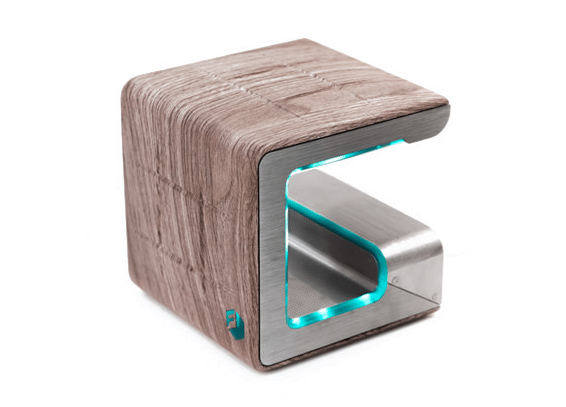 Internet security and cybersecurity are incredibly critical in today’s landscape as more advanced technologies are adopted. At any given time, devices are collecting a variety of personal information, identifiers, and details about your habits and experiences, and many times, we outright give them those permissions. There are times, however, when this data can be comprised, stolen, or even maliciously gathered from you through the terms and services.

Often times, you provide and entrust that information to others, such as to retailers. And as the Target data breach, which affected more than 100 million customers, shows, companies of all sizes are targets for hackers.

Despite this fact, only five percent of internet users in the United States rely on a virtual private network (VPN) to help protect their information and online transactions — a VPN masks your public IP address, preventing third-parties and Internet Service Providers (ISPs) from tracking your every move on the web.

The Fortigis VPN router plans to change that by making it more convenient than ever to use a VPN. However, today optimized VPN app still is the most convenient way of protecting your devices from any possible cyber harm.

What Is the Fortigis VPN Router?

A router is a Wi-Fi base station that facilitates the wireless connection between your devices and modem or internet gateway. Most modern routers include a modem built-in, so unlike the days of old, you only have a single unit connected to your cable or internet source. Old setups would require a modem, along with a router, for wireless networking.

The Fortigis VPN router is a router that delivers wireless connectivity to all the devices in your home, allowing you to maintain a private home network. Instead of using a third-party VPN service, however, the router includes this support built-in.

What this means is that the router itself handles the rerouting of data — masking your IP — to protect your browsing habits. And since it’s operating at the core, every single device on your home network receives protection, from mobile devices to tablets to game consoles.

In comparison to other VPNs, which have you set up a local server on a single machine and then connect your additional devices via that central location, the Fortigis VPN router removes that extra effort.

It works alongside your existing internet setup by connecting to your router and acting as a wireless gateway. The result? You don’t have to replace anything.

How Does It Work?

After installing the Fortigis VPN router by syncing it with your existing router, you must download a mobile companion app for your smartphone. The app lets you adjust the settings for your VPN and network. If you’re not an advanced user, the router works fine without fiddling with its settings.

Once you’ve downloaded the app, you can choose what devices can access your network. With enterprise-level encryption measures, all your data receive protection, which means even if someone gains access to it, they won’t have a use for it. The integrated VPN service for Fortigis also prevents any site or online service from recording your IP address and physical location. This feature is worth noting because that data can be used to track browsing habits and activities back to you — even if someone else has access to your network.

What’s most interesting is that this is one of the first platforms to offer plug-and-play protection for everyone, even casual users.  The router’s device features along with its sleek design easily move it to the top of the gift list for any techie.

What Does It Cost?

The team behind the device is currently seeking funding on IndieGoGo, so you have an opportunity to pre-order the Fortigis for $199, which is 48% off its intended retail price. That purchase comes with a year of service, as well.

Following that first year, you’ll need to pay for a $144 annual subscription. Through IndieGoGo, you can purchase a second year in advance for $99. Of course, there is limited availability so make sure you take advantage of the lower price if you’re interested.

Is It Worth It?

It’s the most-read section of any review — is the device worth it?

It depends. If you already have a subscription to an existing VPN service, you can’t use Fortigis for your device and your current provider for their service. That means you’ll need to switch over to Fortigis for all your VPN needs.

Fortigis will also store any logged information for 30 days, including information about visited sites and cyber attacks.

The company has a legitimate reason for this move. It’s not to read into what you’re doing — it’s to protect the entire network of Fortigis users. If one router intercepts an attack or identifies a security breach, then the whole community gets a security update.

Aside from this, the VPN service is designed to work well and autonomously with little to no input, plus offers an all-in-one solution by providing a VPN and a router. Compared to many other VPN services on the market, that’s an immense improvement to the user experience.