Hey Joe, how do you edit your shots for KnowTechie?

Coffee is only part of the equation. 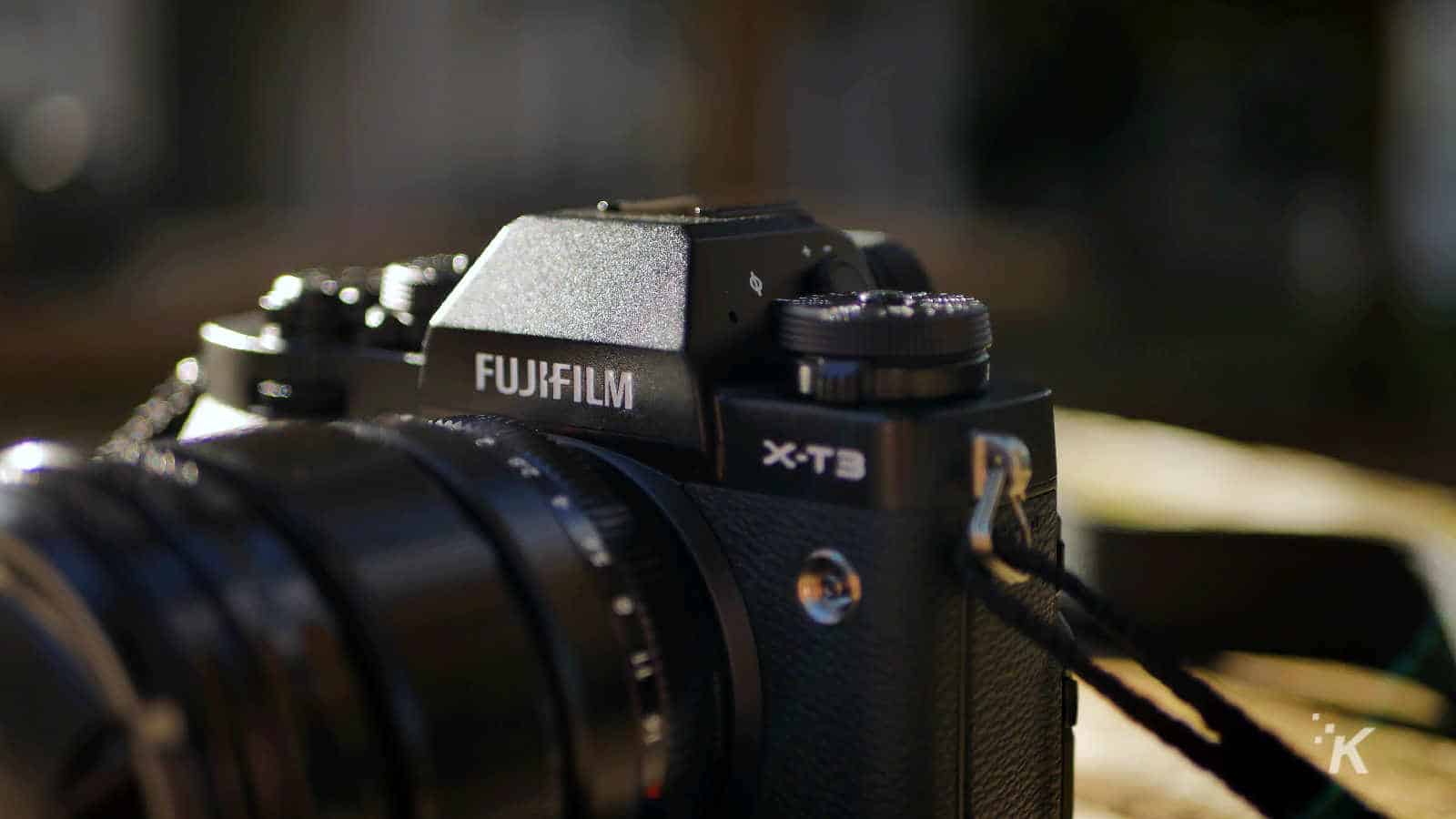 Here at KnowTechie, we strive to bring quality images wherever possible, created by our writers. That means a ton of photography gear behind the scenes that most of the time nobody sees, unless it’s also something that we’re reviewing. That’s especially true for me, as I’ve got two cameras and a huge collection of accessories to go with them…

The first installment of our “Behind the Scenes” content took a look in my photography bag, where I went over my mobile kit. The second installment went over my studio setup, which is constantly evolving as I learn more about light.

Now it’s time for the last installment of the trifecta, diving into the kit that I use to edit after all the photography is done.

Here’s all the gear I use to edit my photographs

Okay, so editing is another one of those rabbit holes that very quickly spiral into destroying your wallet. The most important thing is color control, starting back when the photographs are taken. That first means color profiles for your camera and lens combos, handled by the SpyderCheckr, calibrating your monitors with a calibration tool like the Spyder5Pro, and using a SpyderCube every time you change lighting conditions during a shoot.

Then there are some basics you need, although the only necessary tools here are a calibrated monitor (of the best quality you can afford), some editing software, and a device to edit on. That could be a PC, a Mac, or even a tablet, as long as it has enough power to open RAW files.

Here’s my current setup, although it wasn’t anywhere near as grand as this when I first started out. 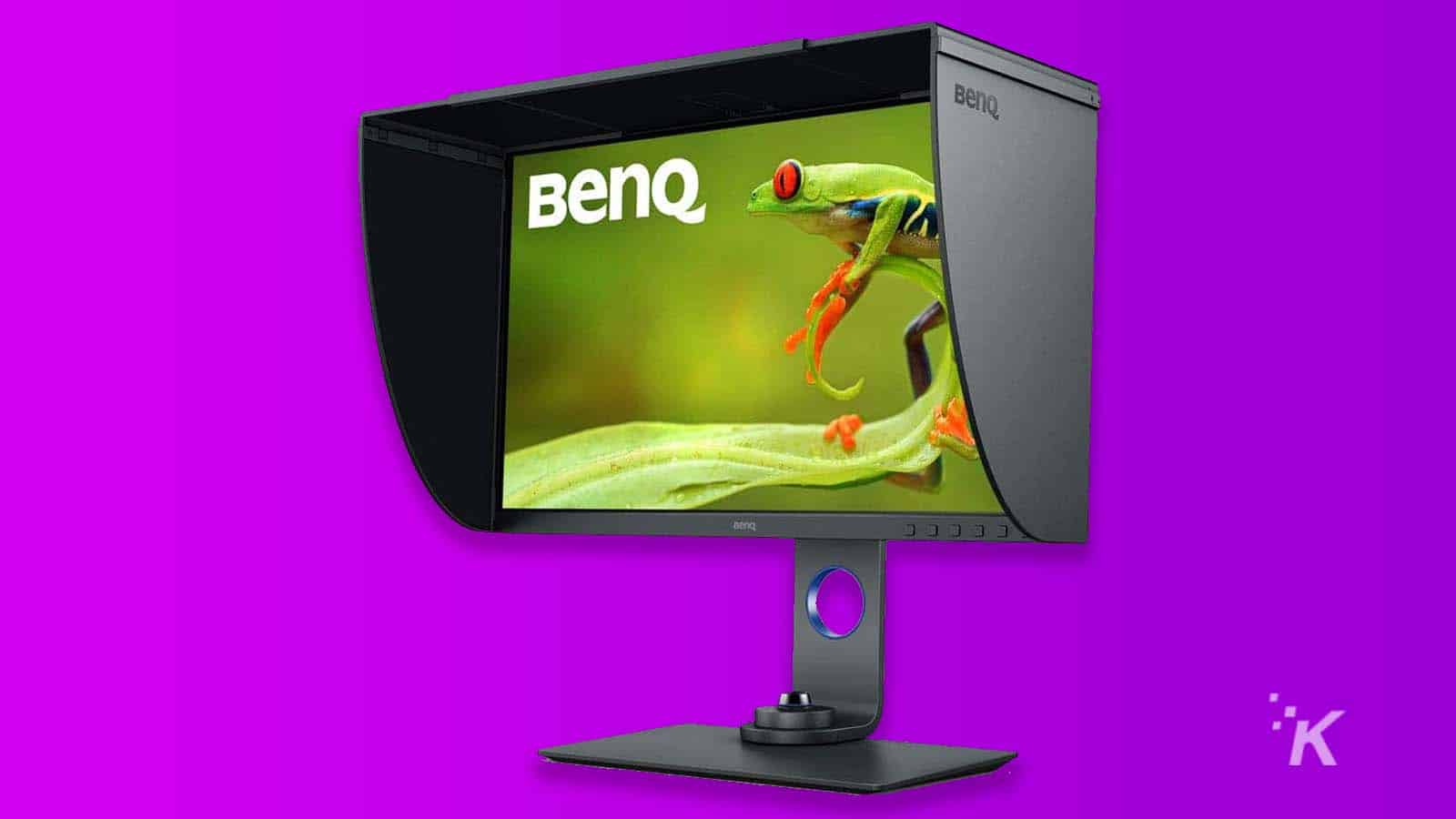 The cornerstone of any editing workflow is a color-accurate, calibrated monitor. If you’re a Mac or iPad editor, you’re already ahead of the game but if you’re a PC user you’ll need to go monitor shopping. What you’ll end up with is very much down to personal feelings, but there are a few things to look for.

You’ll want a panel capable of 100 percent of the sRGB color space, and preferably 100 percent of the AdobeRGB one as well. If you’re into videography, you’ll also want to look for Rec. 709 and DCI-P3 coverage. Coming factory calibrated is a bonus, although you should have a calibration tool so you can do it when it gets to you. Factory calibration also makes the backlight more uniform, which saves so much time in post.

For me, 1440P is the most comfortable resolution for me to edit on, giving me enough desktop space without making the UI elements of my editing software shrink into nothingness. The BenQ SW270C has all of that in spades, and added extras such as the editing hood to reduce stray light falling on the panel, an inbuilt card reader, and a USB-C input that’s definitely made for you Mac and iPad Pro users. 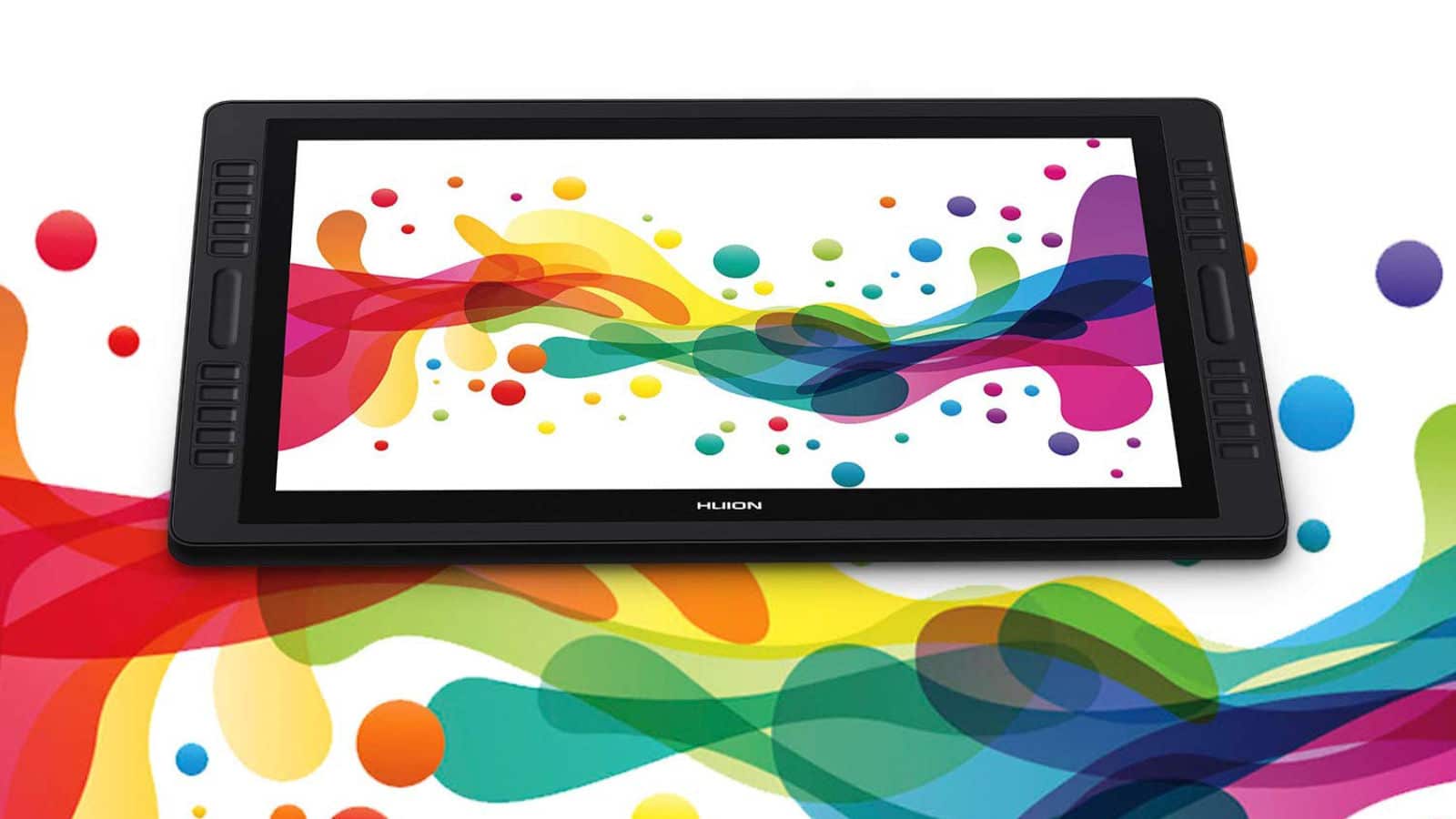 When was the last time you tried drawing around complicated shapes in Photoshop with your mouse? Did it work? If you’re anything like me, it’s easy to get frustrated and rush through with the minimum number of steps to get a workable image.

That doesn’t have to be the case though, with quality display tablets getting ever more affordable. This Huion Kamvas 22 Pro (2019) has a fully-laminated screen that covers 120 percent of the sRGB color space and uses a battery-free pen so I don’t have to remember to recharge it.

The only thing I’ve found weird with it is that the screen isn’t touch-sensitive, so only the pen works to interact with it. That’s okay, I mean it stops me having to worry about accidental palm touches but it just took a little bit of getting used to since we expect anything that works like this to be a full touchscreen. 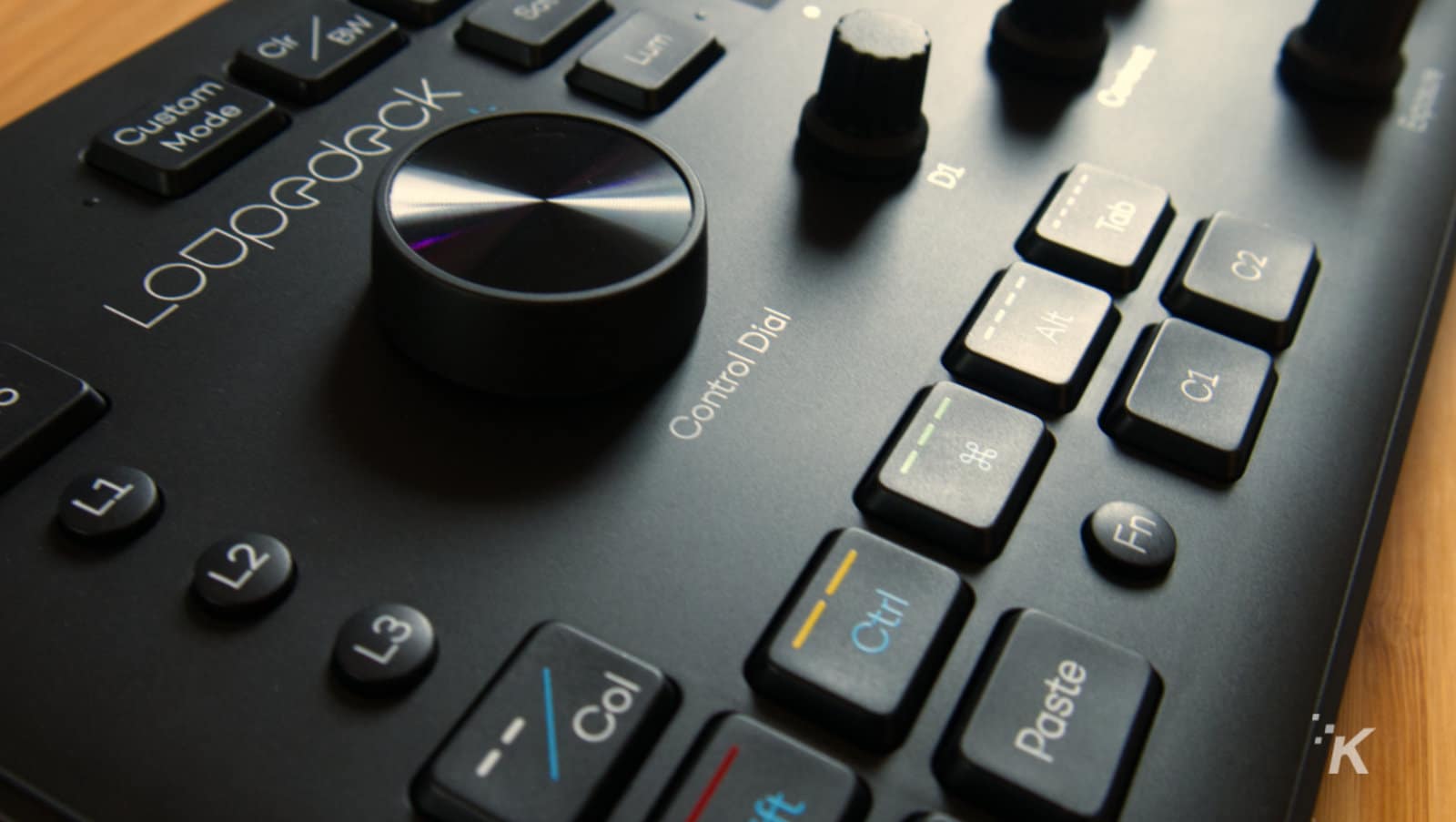 Okay, before I go into the $250 Loupedeck+ just know that manipulating the various dials, sliders and other controls inside programs like Lightroom is the absolute worst. Like, I can’t even tell you how many times I’ve procrastinated actually doing the editing after a shoot I’ve really enjoyed.

Enter the Loupedeck+. It’s a purpose-built editing deck for photographers and videographers and it’s an absolute godsend. I mean, just being able to feel physical buttons, sliders and knobs has reduced my editing time drastically. It’s not perfect, with slightly mushy buttons and the shortest (non-removable) USB cord I’ve seen on a device lately, but those are minor quibbles on an otherwise great device.

Just, make sure your editing software of choice is one of the supported ones before you buy.

Okay, so while the pro world is still fairly entrenched in the Adobe CC suite, I’ve never liked how Photoshop felt to use. I’ve got it, sure, but it’s a fallback for me as some file types prefer being opened in it, or if I can’t find a tutorial online for my other programs as there’s far more Adobe how-to’s out there.

Most of the time, I’m using Affinity’s offerings, either Photo (both on PC and iPad), or Designer for those few times I need to do a layout. It just feels better to use, and having a fully-featured photo editor on the iPad Pro with the Apple Pencil is just magical. I also recently picked up a new camera, the Fujifilm X-T3, as well as a copy of Capture One, and look forward to playing with tethered shooting.

I’ve also got copies of Luminar and Aurora HDR, although I don’t use these as much. Luminar is great for quick edits, with its AI-powered toolsets; and Aurora HDR can create some insane HDR images.

The other bonus to all these programs for me? That they’re all buy once, keep forever. I really dislike the subscription model Adobe is locking its users into.

All of those editing programs need a home to run on, and while my mobile workstation is a MacBook Pro 13.3, my desktop PC is Windows 10 based. Like all of my other gear, it’s in constant evolution, depending on which parts I have on hand. Currently, it’s powered by a Ryzen 3600X and RX5700XT, but that could change at any day. I’ve got an RTX 2070 Super on hand as well if I need ray tracing or the new NVENC, and storage is always being upgraded as I run out of space.

So the best thing about the cellular model of the iPad Pro is that I can edit from anywhere, then upload, again from anywhere. The bonus to Comcast Mobile (other than it being effectively free if you have Comcast internet) is that you can connect to any Xfinity hotspot when you’re out and about. I’ve never found myself without connectivity, which is perfect whether I’m editing images or needing to do last-minute tweaks to articles.

The iPad Pro is no slouch either, especially now it can use external storage properly. I can shoot onto a USB-C SSD, then plug that to the iPad Pro to work off that. I’ve got the Apple Pencil too, which I highly recommend if you do any creative work or prefer to use handwriting-to-text instead of tapping on an over-sized virtual keyboard.

So, there you go. That’s the current state of my editing hardware, although I’m always hunting for new gear so this list may very well be different a month from now.

What do you think? Interested in starting your own photography journey? Let us know down below in the comments or carry the discussion over to our Twitter or Facebook.